Britain brings in emergency measures to prop up rail network

Britain brings in emergency measures to prop up rail network

LONDON (Reuters) - Britain said on Monday it was taking emergency measures to help its rail network survive a 70% drop in passenger numbers as coronavirus stops many people from travelling.

The Department for Transport said it was temporarily suspending rail franchise contracts for at least six months, taking on all the cost and revenue risk itself, and instead paying train companies a small fee to keep operating some services.

Separately on Monday, UK-based transport companies Go-Ahead (L:GOG), FirstGroup (L:FGP) and Stagecoach (L:SGC) said that they could not forecast their profits this year as people stopped travelling on trains and buses.

The measures mean Britain's trains will keep running a reduced service, helping key workers get to work during the crisis, and minimising disruption to the economy.

The government warned that if it had not stepped in there would have been severe consequences.

"Allowing operators to enter insolvency would cause significantly more disruption to passengers and higher costs to the taxpayer," the DfT's statement said on Monday.

Britain had already said last week that its rail network would run fewer trains during the crisis.

UK-listed transport companies Go-Ahead, FirstGroup and Stagecoach said they would try to cut costs to survive this period of lower travel.

Go-Ahead, which operates the GTR rail network in London and southeast England, said it would suspend its dividend, while FirstGroup, which warned of lower passenger volumes both in the UK and in its U.S. school bus and contract bus business, said capital expenditure was on hold. 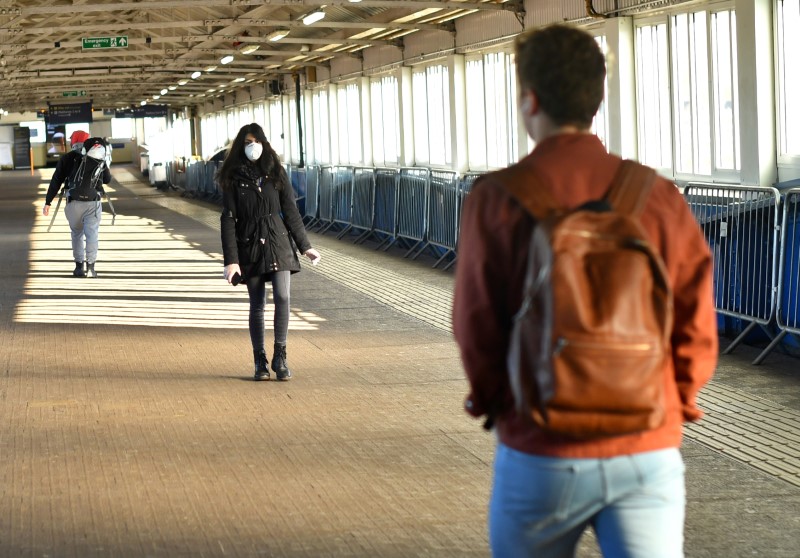 Stagecoach warned it would no longer meet its profit forecast and said it did not expect to pay any further dividends in its current financial year.