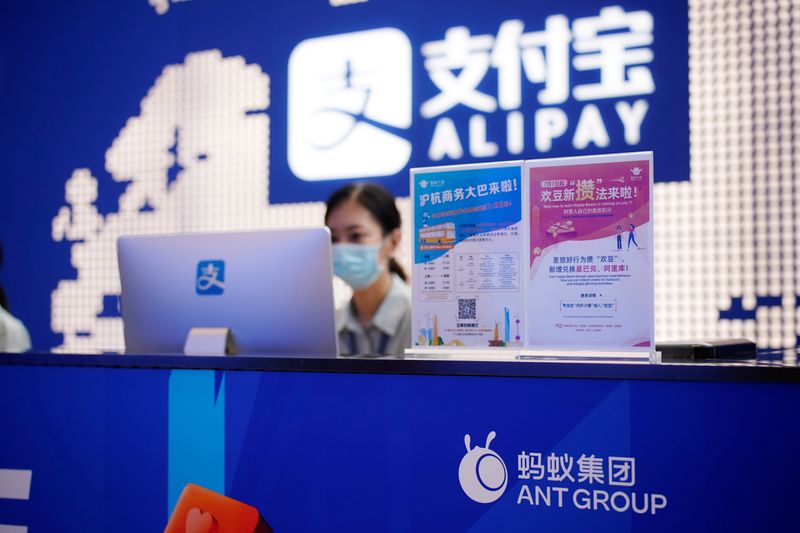 (Bloomberg) -- The banks working on the Hong Kong leg of Ant Group Co.’s record-breaking initial public offering are looking at a windfall of as much as $396 million, although in percentage terms it is less than the city’s average for big deals.

Ant is set to raise as much as $19.8 billion in Hong Kong if it fully exercises an over-allotment option. The fintech giant disclosed in a filing that it will pay an underwriting commission of as much as 1% of the total deal size, or $198 million. That’s below the average 1.45% paid by companies raising over $1 billion in the city, according to data compiled by Bloomberg.

The final percentage, however, will only be decided around Oct. 30, meaning the banks could end up receiving less. How the fees get split among the banks will also be decided later, though typically the sponsors take the lion’s share. That puts Citigroup Inc (NYSE:C)., JPMorgan Chase (NYSE:JPM) & Co., Morgan Stanley (NYSE:MS) and China International Capital Corp. in line for the biggest portion.

Part of the $396 million will come from investors, who pay a 1% brokerage fee when buying shares.

Alibaba (NYSE:BABA) Group Holding Ltd. only paid banks 0.25% for its $12.9 billion second listing in Hong Kong last year, well below the average. However, such offerings tend to pay less, because, the argument goes, investors are already familiar with a company trading on another exchange. NetEase (NASDAQ:NTES) Inc. also disclosed an underwriting fee of 0.25% for its Hong Kong share sale, while JD (NASDAQ:JD).com Inc. paid 1%.

Still, if Ant were to end up paying less than 1%, that would put it more in line with secondary listings like Alibaba’s as opposed to traditional IPOs.

More ECM transactions we are following: