SINGAPORE (Reuters) - Confidence among companies in Asia lifted slightly in the September quarter from 10-year lows, but most firms do not plan on hiring or expect business to pick up as they see a risk of a global recession looming, a Thomson Reuters/INSEAD survey found.

The latest showing, though, means the index has not risen above the mid-60s for a year and is one of the seven weakest readings since the 2008-2009 global financial crisis.

"We are in a state of almost permanent uncertainty, which is not leading yet to a crisis but I think at some point we are going to see the cost of it," said Antonio Fatas, a Singapore-based economics professor at global business school INSEAD.

Respondents rated a global recession as the top risk, overhauling trade-war fears which had topped the table for the previous six quarters.

A total of 102 companies from a range of sectors responded to the survey, conducted in 11 Asia-Pacific countries where 45% of the world's population lives and almost a third of global gross domestic product is generated.

The survey was conducted from Aug. 30 to Sept. 13, as global markets rallied on signs of a thaw in U.S.-China trade tensions.

The trade war has also proven a boon for some, as businesses relocate from China to Southeast Asia and elsewhere to avoid tariffs.

However, cool responses on hiring plans and the sales outlook suggest that any optimism is muted, and unlikely to be solid enough to drive investment and spending.

More than two-thirds of respondents plan on cutting staff or at best holding numbers steady in the next six months. Only 39% expect their sales volumes to rise.

"It's about not over-committing on expansion plans...it's about being prudent," said Suresh Sidhu, chief executive officer of edotco Group, a telecoms infrastructure firm headquartered in Kuala Lumpur, with business across south and southeast Asia.

And data released this month showed China's economic woes deepened in August, with growth in industrial production at its weakest in more than 17 years, while U.S manufacturing also shrank.

Alvin Liew, senior economist at Singapore's United Overseas Bank, said the trade war is the biggest driver of the slowdown that will probably deepen unless a breakthrough in negotiations can recharge business confidence and investment.

"I don't think anybody has the kind of delusion that both countries will come to a full-scale agreement and the world will turn into a better place after that," he said.

"But there's still some hope holding out and some optimism that they could do an interim trade deal...something to put some certainty back," Liew said. "At the end of the day both sides know that this is not good overall."

Note: Companies surveyed can change from quarter to quarter. 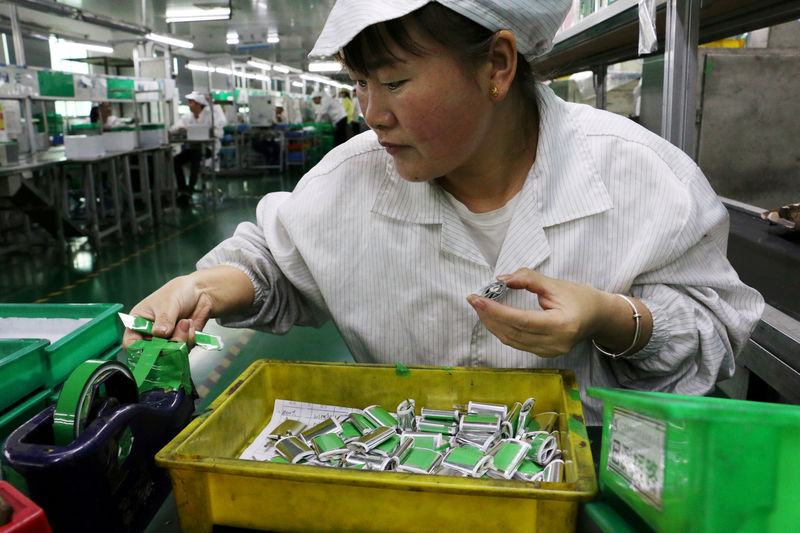