Equity markets from Asia to Europe to the Americas rose, while the S&P 500 and Nasdaq surged to fresh closing highs, lifted by technology shares. The Dow set a new intra-day high.

"It's incredible," said Jack Ablin, chief investment officer at BMO Private Bank in Chicago. "Certainly sentiment is pretty strong and it's widespread, both from the business community and consumers. Any economic concerns are pretty much falling by the wayside," he said.

Corporate earnings and expanding growth have propelled the stock rally while investors shrug off political risk. Wall Street trading volumes were low in a week marked by the U.S. Thanksgiving holiday.

Earlier in Europe, Volkswagen (DE:VOWG_p) was among Germany's top gainers for a second day, closing up 3.0 percent, after the carmaker raised its mid-term outlook on Monday.

Goldman Sachs (NYSE:GS) raised its earnings estimate for the S&P 500 in 2018 and 2019 based on expectations of U.S. corporate tax reform, above-trend global and U.S. growth and slowly rising interest rates from an historically low base.

Investors are not worried about an unwelcome surprise acceleration of U.S. inflation that could rock a Goldilocks scenario where growth supports earnings and central banks are unlikely to act in a heavy-handed fashion, said Larry Hatheway, chief economist at GAM Investment Management in Zurich.

"There isn't right now in an investor's mind a compelling alternative to holding stocks," Hatheway said.

"We've generally seen stable-to-lower bond yields, so underneath it there does seem to be a very strong faith fundamentally that growth is fine, therefore earnings are fine but inflation is not a risk," he said.

The gap between French and German borrowing costs narrowed to its tightest since before the 2010-2012 euro zone debt crisis, as confidence in the bloc's economic prospects swelled.

The spread on 10-year French and German debt

In the United States, the Treasury yield curve flattened to its lowest in a decade as investors awaited minutes from the Federal Reserve's last meeting, to be released on Wednesday.

The dollar index (DXY) fell 0.12 percent, with the euro

Oil rose, supported by expectations of an extension next week of output cuts by the Organization of the Petroleum Exporting Countries, but prices remained under pressure from signs of higher output in the United States. 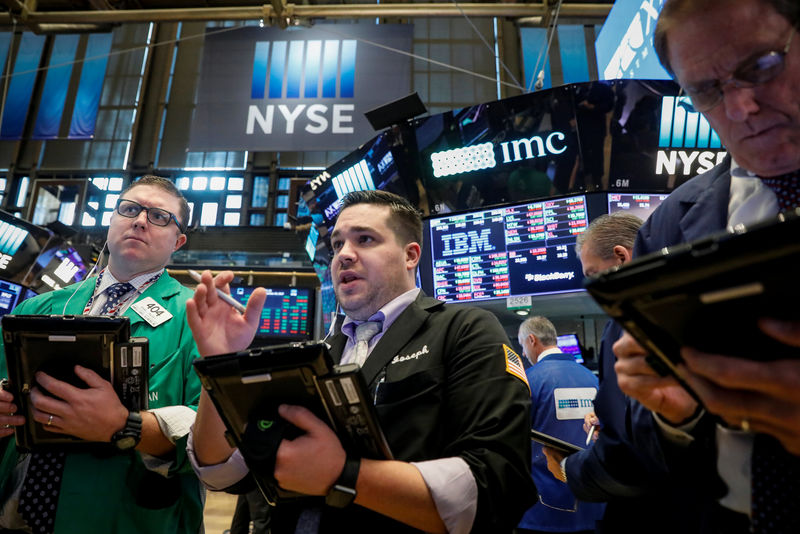