NEW YORK (Reuters) - Global stocks rallied and bonds retreated on Monday as the United States and China agreed to restart trade talks at the G20 summit over the weekend, leading investors to bet that a breakthrough between the world's two largest economies would jumpstart global economic growth.

The United States and China agreed on Saturday to resume trade negotiations after U.S. President Donald Trump offered concessions to his Chinese counterpart Xi Jinping when the two met at the sidelines of the Group of 20 summit in Japan.

Those included no new tariffs and an easing of restrictions on tech company Huawei. China agreed to make unspecified new purchases of U.S. farm products and return to the negotiating table.

"It played out as well as possible," said Hans Peterson, SEB Investment Management's global head of asset allocation. "It gives us time to digest and get a bit better activity in the global economy."

Broad gains in Europe and Japan and fresh record highs in the U.S. market pushed MSCI's broadest global index (MIWD00000PUS) up 0.3%, adding to a rally that has been one of the global stock market's best first halves to a year ever. The benchmark S&P 500 index surpassed its previous record high of 2,964.15, hit on June 21.

"Any step towards a trade resolution, and it doesn't have to be a lot of progress - just a step, is viewed very positively by markets," said Scott Brown, chief economist at Raymond James in St. Petersburg, Florida. "And investors at this point are trying to focus on the positive in hopes that there will be some trade resolution down the line."

Fed funds <0#FF:> dropped over five ticks as the market scaled back the probability of a half-point interest rate cut this month to around 15%, from nearer 50% a week ago.

"I think the Fed expectations in the market are very aggressive. Possibly a bit too aggressive," SEB's Peterson said.

In currency markets, safe havens like the yen and Swiss franc gave up some recent gains. The dollar rose 0.4% on the yen to 108.26

Oil prices rose as OPEC and its allies looked set to extend supply cuts at least until the end of 2019. Iraq joined top producers Saudi Arabia and Russia in endorsing the policy. [O/R] 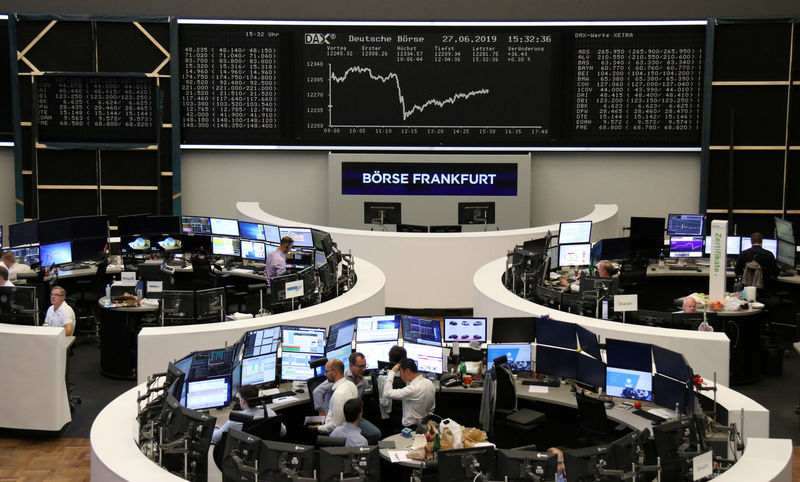