Alibaba’s Hong Kong Rally Is At Risk From Three Misconceptions

Alibaba’s Hong Kong Rally Is At Risk From Three Misconceptions 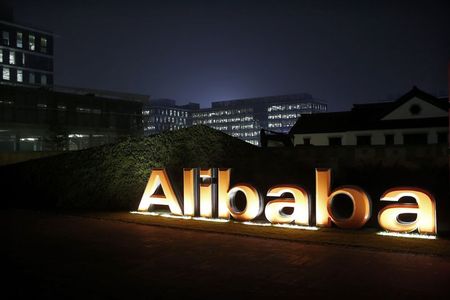 The company’s sheer size and the unprecedented nature of its secondary listing (the primary listing is still in New York) and unique management structure present challenges for investors hoping to gauge everything from Alibaba’s inclusion in indexes -- crucial because they direct the flow of capital from tracker funds -- to its listing status.

Here’s what we know.

1. Will Alibaba get added to the Hang Seng Index?

Not right now. Alibaba will be added to Hang Seng Composite Index on Dec. 9, but it isn’t qualified to join the benchmark Hang Seng Index or the Hang Seng China Enterprise Index because they comprise only primary listings and corporations without so-called weighted voting rights (WVR).

Membership of the 50-member Hang Seng is coveted by corporations because it could trigger billions of dollars of inflows from funds tracking the 50-year-old gauge. Hang Seng Indexes Co. plans a consultation in the first quarter to discuss issues including whether firms with weighted voting rights, like Alibaba, should be eligible for the HSI. Any conclusions should be published by May, Daniel Wong, its head of research and analytics, said in a statement. Even if the index compiler decides to overhaul its rules, the required process means it may not be until late 2020 before Alibaba could join the major Hang Seng benchmarks.

Read more: Why Now, and Why Hong Kong, for Alibaba’s Share Sale?: QuickTake

2. Will Alibaba be included in the stock connect program?

Maybe, but a lot hinges on policy makers. China doesn’t spell out criteria or qualifications for joining the program, which allows mainland investors to buy stocks listed in Hong Kong. Unlike the HSI, the program isn’t limited to primary listings. It does require review by the China Securities Regulatory Commission, the stock market watchdog.

The first companies in stock connect with weighted voting rights were Meituan Dianping and Xiaomi Corp., which mainland investors got access to in late October through the program. That’s after similarly structured Chinese firms started listing in July on Shanghai’s new tech-focused Star board. Many investors expect Beijing to ultimately allow Alibaba’s Hong Kong shares to trade through the stock link with the city as well.

But it may not necessarily be in China’s best interest to do so. That’s because other U.S.-listed Chinese firms -- among the country’s largest corporations, from JD.com Inc. to Baidu Inc (NASDAQ:BIDU). -- may be encouraged to follow in Alibaba’s footsteps and conduct their own secondary listings in Hong Kong, bypassing the Shanghai or Shenzhen bourses. That may run counter to Beijing’s longstanding ambitions of developing healthy, vibrant mainland exchanges, particularly as unrest grips Hong Kong.

3. Can Alibaba change its primary listing to Hong Kong?

It’s possible -- thereby attracting investors with a preference for main listings, and at the same time scoring brownie points with some in Beijing who could view that as supporting China’s policy ambitions. Alibaba was given the green light to list in Hong Kong based on a new “Secondary Listing” rule, or Chapter 19C. It allows companies to conduct follow-on share offerings without complying with more stringent rules laid down by Hong Kong Exchanges & Clearing Ltd. governing first-time listees.

Alibaba may enjoy special status in having more freedom to comply with Hong Kong listing requirements. Under rules laid out in a consultation paper in April last year, Chinese firms that went public before Dec. 15, 2017 don’t need to comply with “WVR” safeguards if they later switch their primary listing to Hong Kong. Alibaba, which debuted in New York in 2014, said in its Hong Kong listing prospectus it’s a “WVR” company similar to Meituan and Xiaomi.

Meanwhile, Alibaba employs a fairly unique structure in which a group of partners have the right to nominate a majority of the firm’s board -- exerting outsized influence on Alibaba’s direction.

In addition, Hong Kong listing rules say if trading volume there exceeds 55% of global turnover over an entire fiscal year, the stock has to adopt primary listing status in Hong Kong. HKEx gives such Chinese companies a year to comply. But with Hong Kong’s stock registration office listing just 23% of outstanding Alibaba shares as of Nov. 28, a majority of trading volume occurring there may be a tall order.