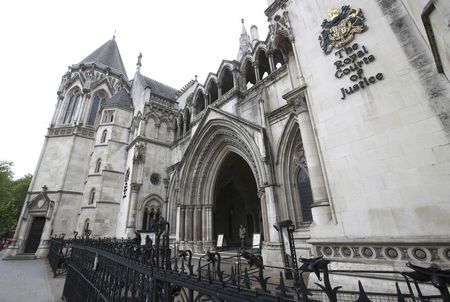 Investing.com - The UK’s Supreme Court will hear two appeals on Tuesday related to the prorogation of parliament.

The Supreme Court proceedings can be watched live in the video link below.

Eleven justices from the U.K.’s highest court will decide whether Prime Minister Boris Johnson’s move to suspend parliament between 10 Sept. - 14 Oct. was legal.

The first case is being brought to the U.K.’s highest court by businesswoman Gina Miller. Miller, who challenged the government over Article 50 in 2016, is appealing the decision of London’s High Court, which dismissed claims that the suspension of parliament was unlawful.

The government is also appealing a decision made last week by Scotland’s highest court. The Scotish courts, which apply a different legal system to the rest of the U.K., ruled the prorogation of parliament to be unlawful.

The Scottish Court of Session found that Boris Johnson’s suspension of parliament for almost five weeks stymied debate ahead of Brexit.

Parliament was suspended last week and will not sit again until the Queen’s Speech on 14 Oct., leaving little time for parliament to agree on a new deal with the European Union before its scheduled departure on 31 Oct.

In the event parliamentary suspension is deemed unlawful, parliament may be recalled with immediate effect with or without the Queen's Speech. If Johnson is found to have misled the Queen when he sought approval for prorogation, he could be made to resign.

Before its suspension, MPs passed a bill to compel the Prime Minister to request a Brexit extension from the EU in the event it had not reached an exit agreement.

Johnson has previously stated that the U.K. will leave the European Union on its Halloween exit date ‘do or die’.

Watch live as the Supreme Court hears claims suspension of parliament is unlawful.

3 yrs of wasted time and money. Then this waste of money and time. Ok he is guilty so stick him in prison until the 1st of November!  ... (Read More)