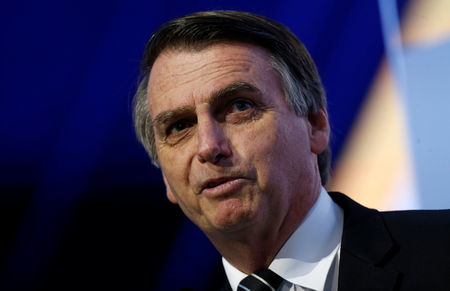 Bolsonaro accused the global elite of indifference to Amazonian deforestation, in comments to reporters in Brasilia on Thursday, arguing their interest was motivated by the natural riches of the region. Norway is not in a position to lecture Brazil and Germany’s Angela Merkel should understand that the South American country is under new management, Bolsonaro said. The suspended cash transfer should be used to “reforest Germany” instead, he added.

Earlier in the day Norway had announced the suspension of a $33 million payment to the Amazon fund. Germany had previously said it would halt a contribution of 35 million euros. Deforestation in Brazil’s Amazon soared to alarming levels in July as an area almost three times the size of New York City was cleared in the jungle last month alone, according to the alert system of Brazil’s National Institute for Space Research, known as INPE. Bolsonaro dismissed the data in a press conference, fired the director of INPE, and said that the country has become a victim of a hostile narrative.

“We are losing the information war regarding the Amazon rainforest,” he said. “Brazil will truly take off once we manage to sensibly extract the riches there.”

The Brazilian president said that he had made his opinions clear to other world leaders. “I have said to Angela Merkel and Macron in a polite but firm manner that we will not be subservient anymore,” he said.