(Reuters) - Scotland must pull up their socks after being hammered 32-3 by France and improve in the three remaining warm-up matches before next month's World Cup in Japan, captain Stuart McInally has said.

France scored five tries in Nice, taking a 7-0 lead as early as the third minute as a dire Scotland side, who lost 27-10 against the same opponents in the Six Nations, never looked up for the contest.

Scotland host France at Murrayfield in Edinburgh on Saturday before wrapping up their warm-up games with two more against Georgia.

"We've got three more games and then we're going to play Ireland, so all our focus is on trying to make sure we're ready for that game when we get to Japan," McInally was quoted as saying by Scottish Rugby.

"We now have a starting point, and have lot to improve on, but we've put in a lot of good training over these last two months and we're in good shape.

"We didn't get it right on the night but I'm confident we'll put things right next week before the Georgia games and then looking forward to the World Cup."

Scrumhalf Ali Price said the result was a "wake-up call" for players before head coach Gregor Townsend named his final 31-man squad for the World Cup.

"It's a wake-up call that we're not just going to roll into this World Cup and get as far as we want. We've got to want it and other teams have been working just as hard as us. There's lots to look at." 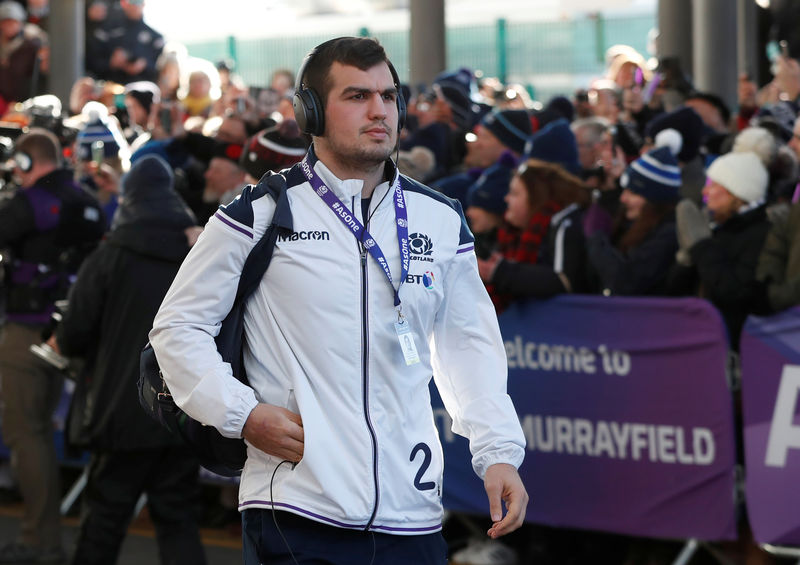 Scotland play their World Cup opener against Pool A opponents Ireland on Sept. 22 in Yokohama.