MILAN (Reuters) - Italy coach Conor O'Shea has identified an upset win over South Africa as a possible path out of a tough Pool B at the Rugby World Cup after naming his squad for Japan.

The Italians have been drawn with world champions New Zealand, twice former champions the Springboks, Namibia and Canada for the opening stage of the Sept. 20-Nov. 2 tournament.

With only two teams making it out of each pool and into the quarter-finals, the Italians must defy the odds to reach the knockout stage for the first time in nine World Cups.

O'Shea, though, said the improvement he had overseen since taking over in 2016 meant the Azzurri had a chance of making the last eight if they played at their very best.

"Compared to when I started my journey here, we now definitely have a better team, with more internal competition and much improved performances," the Irish coach said.

"Recently, we have shown that we can play against the top teams when we play our best game.

"At the World Cup we absolutely must win against Namibia and Canada and then focus on the other two big challenges we have. I believe that against South Africa, with this team, we can create an opportunity on our day."

Italy beat South Africa 20-18 in Florence in O'Shea's first year in charge but have never got so much as a draw against New Zealand in 15 attempts.

A 13-try, 85-15 victory over Russia at San Benedetto del Tronto on Saturday should send the Italians off to Japan with a spring in their step.

O'Shea said choosing his 31-man squad, and informing the players that missed out, had been the toughest job he had faced in his rugby career.

Number eight Sergio Parisse will captain the squad at his fifth World Cup and hooker Leonardo Ghiraldini was also selected despite suffering a serious knee injury in the Six Nations earlier this year.

Parisse, Ghiraldini and utility forward Alessandro Zanni, who have all played more than 100 times for their country, will form an experienced core to a youthful squad.

"Leo, together with Parisse and Zanni, are playing the last matches in the Italy shirt of their extraordinary careers," O'Shea added.

"We want to make their dreams come true and we have the cards to be able to succeed."

Italy open their World Cup campaign against Namibia in Osaka on Sept 22. 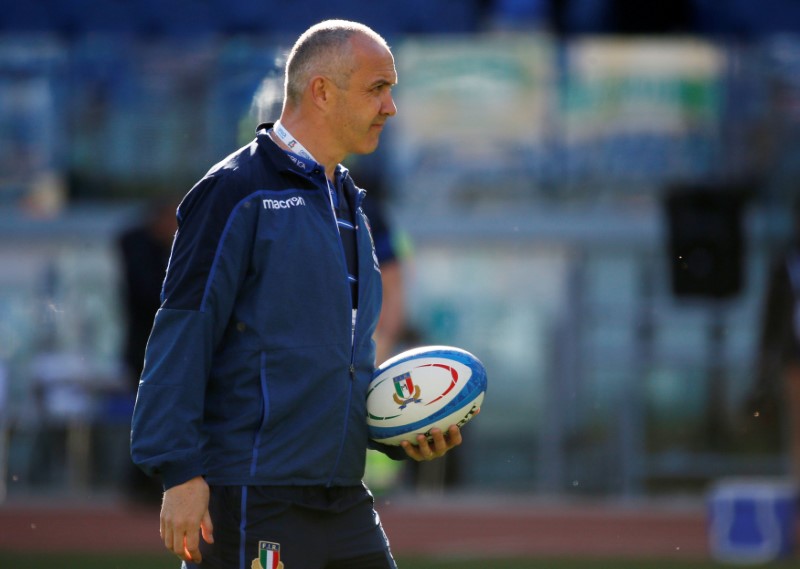