ATHENS (Reuters) - Athletes will discuss and decide on how best to support the core Olympic values "in a dignified way", the International Olympic Committee (IOC) said on Wednesday, as calls to change rules restricting protests at Games grow louder.

Rule 50 of the Olympic Charter, however, bans any form political protest during the Games.

"No kind of demonstration or political, religious or racial propaganda is permitted in any Olympic sites, venues or other areas," the rule states.

IOC President Thomas Bach said consultations between athletes' groups around the world were under way.

"The IOC Executive Board supports the initiative of the IOC athletes' commission to explore different ways for athletes to express support for the principles enshrined in the Olympic charter in a dignified way," Bach told a virtual news conference.

After reading a resolution of the IOC Executive board condemning racism, Bach was repeatedly asked whether athletes at next year's Tokyo Games could go down on one knee, as many have done in recent weeks, to show their support for the Floyd protests.

"I will not preempt in any way these consultations with many athletes representatives," Bach said. "It would not be fair if now I make a statement giving directions or instructions."

"The framework has been set and now let the athlete commission and athletes discuss among themselves and come up with relevant proposals." 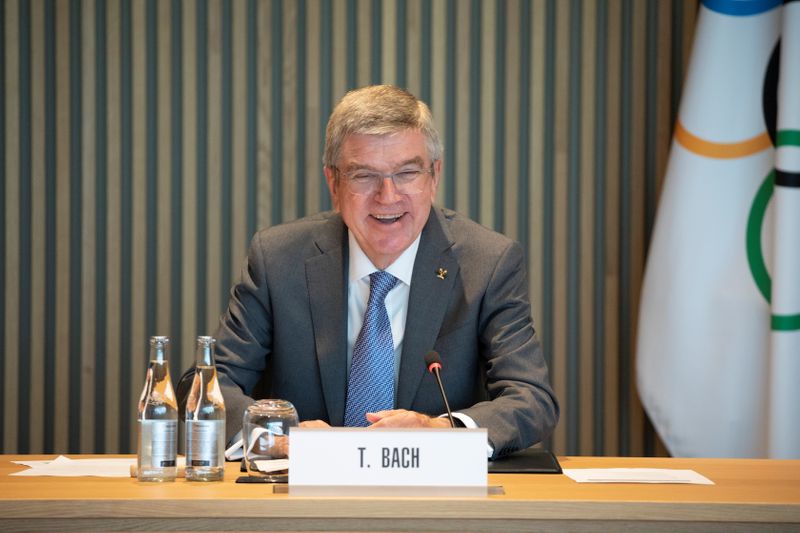 Athletes who breach Rule 50 are subject to discipline on a case-by-case basis and the IOC issued guidelines in January clarifying that banned protests include taking a knee and other gestures.