Sterling pushes above $1.30 as BoE's Haldane calls for review on rates

Sterling pushes above $1.30 as BoE's Haldane calls for review on rates 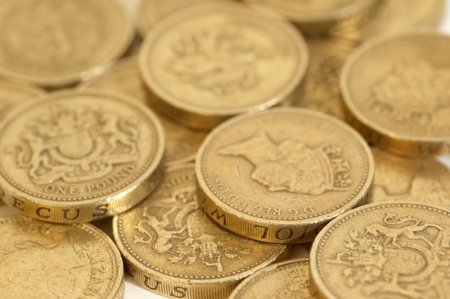 Investing.com - Sterling was higher against most major currencies on Thursday as it broke through the 1.300 mark for the first time in 6 weeks, following further hawkish comments from the Bank of England’s chief economist Andy Haldane.

Andy Haldane, member of the BoE’s Monetary Policy Committee voted to keep rates unchanged at the last policy meeting in June. Although the votes were 5 to 3 in favour of keeping rates unchanged, it showed a more hawkish sentiment in the MPC than had previously been seen.

Last week Haldane commented that rates would have to be increased before the end of the year, sending the pound higher.

Following this, Haldane reiterated the need for a rate rise, stating the BoE needed to look seriously at raising rates. This chimed with BoE governor Mark Carney’s shift in stance. At the European Central Bank meeting in Portugal on Wednesday, Carney stated a rate hike would be looked into if wages and employment figures for the rest of the year were favourable.

Theresa May’s minority Conservative government was given a vote of confidence on Wednesday evening. The opposition Labour Party’s appeal to amend the Queen’s Speech was voted down in the House of Commons, with the Tories winning the share of the vote to keep the public sector pay cap.

The big test will be in the House of Commons today as May tries to pass the Queen’s Speech, giving the Conservatives its mandate for the next two years in government.

Fed Chair Janet Yellen said on Tuesday the the Federal Reserve intended to raise rates a third time later in the year. Weaker inflation and poor economic data in the U.S. has pulled the dollar lower as doubts have been raised on whether the Fed will be able to follow through with its commitment to a third rate hike.

The pound was up slightly against the European single currency. While the euro reached a fourteen month high against the dollar, EUR/GBP was down 0.09% at 8793. Euro-zone data was mixed on Thursday as Spanish inflation data was lower than expected, while business and consumer confidence in the euro-zone was at the highest level for a decade.

Against safe haven currencies, sterling performed well following the perceived change in position by the BoE. GBP/JPY was up 0.66% at 146.12, while the pound also made gains against the Swiss Franc. GBP/CHF was up 0.22 at 1.2433.

The pound increased against commodity currencies. GBP/CAD was up 0.44% at 1.6930. The Canadian dollar had been performing well this week due to increases in commodities and hawkish comments from the central bank.

GBP/AUD was fairly flat, the pound was up 0.02% at 1.6923 as the Reserve Bank of Australia prepares to make an interest rate decision in the coming week.

Investors will be looking out for the release of U.S. GDP at 13:30 BST.

During the House of Commons afternoon session, Members of Parliament will vote on the Queen’s Speech, before it is passed to the House of Lords.