Pound down for third day before Conservative Party election outcome

Pound down for third day before Conservative Party election outcome

By Tommy Wilkes and Virginia Furness

LONDON (Reuters) - Sterling, already trading near its lowest in two years, was little moved on Tuesday after Boris Johnson won the contest to be Britain's new prime minister, as investors worried whether he would lead Britain towards a no-deal Brexit.

The pound gradually recovered from early losses and briefly edged back into positive territory against the U.S. dollar after Johnson won the Conservative Party leadership race.

But the move was minimal and analysts said it reflected a mini relief-rally following weeks of losses as markets priced in his victory.

Attention now turns to how many ministers opposed to Johnson's tough line on Brexit will resign in coming days, the make-up of his cabinet and the tone of initial negotiations between the man who was the face of the 2016 Brexit campaign and Brussels.

Johnson has said Britain will leave the EU on the Oct. 31 deadline even if no transitional arrangements are in place. That has panicked investors who fear a no-deal Brexit will cause significant damage to Britain's economy.

Johnson's belligerent tone has taken sterling 2% lower against the dollar this month, and it has depreciated in 11 weeks out of the past 12.

"It will be a very Brexiteer cabinet and markets are set up for that. We have roughly 100 days until Oct. 31 to sort this out, it seems unlikely," said David Zahn, head of European fixed income at Franklin Templeton.

"What we have seen from the new European (Commission) head is that nothing will be changed, it seems like we are headed towards a no-deal Brexit. If both leaders are so entrenched is there much chance of an extension? This materially increases the no-deal Brexit chances, and sterling is pricing this."

Two junior ministers have already quit over Johnson's plans, and finance minister Philip Hammond and justice minister David Gauke have both said they plan to resign before they are sacked.

Sterling implied volatility gauges - a measure of expected price swings in the pound - have risen to their highest since April as investors prepare for a rocky few months for the currency.

(For a graphic on 'Options not pricing no deal', click https://tmsnrt.rs/32K9ftL)

"(Sterling) is a 'sell on rallies', 100%. Regardless of how you slice the cake, we will either end up with a no-deal (Brexit) or a messy general election," said Stephen Gallo, head of European FX strategy at BMO Capital Markets.

The British currency has also come under pressure in recent weeks from signs the Bank of England may backtrack on policy-tightening signals.

Former Johnson advisor Gerard Lyons, who according to betmaker Betway is favourite to become the next BoE governor, said in an opinion piece for the Financial Times on Tuesday that the central bank should revisit its 2% inflation target.

Policymaker Michael Saunders was quoted as saying by Bloomberg that Brexit might stop the BoE from raising interest rates. 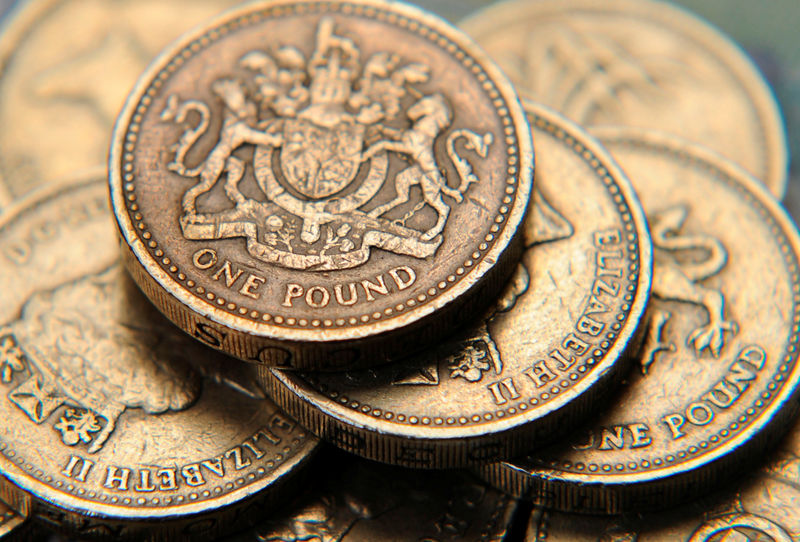 But on Tuesday BoE Chief Economist Andy Haldane said he would be very wary about lowering rates unless there was a sharp economic downturn because the economy is at full capacity and cannot depend on BoE stimulus for growth. [L8N24O50F]