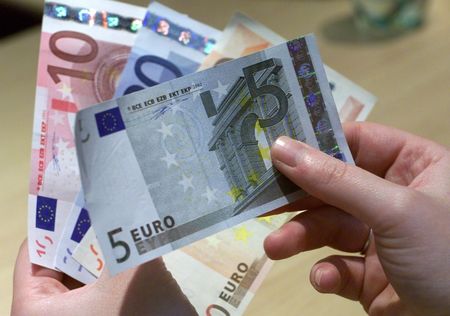 (Bloomberg) -- The euro-area economy barely grew at the end of 2019 as unexpected contractions in France and Italy dealt the bloc its weakest quarter in almost seven years.

The surprise slump in two of the region’s biggest nations is yet another blow for their governments. President Emmanuel Macron is already under fire amid protests over controversial pension reforms, while Italy’s fragile coalition is scarred by internal skirmishes.

Output in the 19-nation region rose just 0.1% in the fourth quarter, down from 0.3% in the previous period, and underlying inflation slowed in January to the weakest in three months. The French economy shrank 0.1%, and Italy posted a 0.3% contraction. Germany has previously said it posted slight growth at the end of 2019 -- the official reading is due next month.

The economic gloom may prove to be temporary. Surveys have suggested that the rot has been stemmed for now. The European Central Bank says the risks to the outlook have become “less pronounced,” and more signs of improving momentum came Thursday when the European Commission reported a marked rise in sentiment in January, led by manufacturing and construction.

“Growth momentum is set to build into 2020 reflecting fewer risks from the global economy -- trade tension between the U.S. and China have eased somewhat and the worst type of Brexit should be avoided. We see quarterly growth of 0.3% through 2020.”

Still, the reports could revive calls for more spending by countries that have fiscal space, such as Germany. The ECB has repeatedly called for action, and the European Union’s executive arm is planning to publish a document next week asserting that the euro zone’s fiscal rules are too convoluted.

Trade risks have returned to the fore with the U.S. renewing threats last week to raise duties on imports of cars from the EU, and France only narrowly avoiding American tariffs on wine and cheese in a dispute over digital taxation. The U.S. just reported the biggest drop in imports since 2009, and new concerns are emerging such as the coronavirus and the hit to Chinese and global growth.

French cognac maker Remy Cointreau has already sounded a note of caution over the impact of the virus on its business in China and ditched its guidance for the year. Airlines including Germany’s Lufthansa cut flights, and Finnish elevator-maker Kone expect a hit on bottom lines amid factory closures.

“This temporary slowdown does not call into question the fundamentals of French growth,” he said. Without the curb from companies using up stocks rather than increasing production, the economy would have expanded about 0.3%.

One bright spot was Spain, where the government woke up to more evidence that the economy is one of Europe’s outperformers. Faster-than-anticipated growth of 0.5% was driven by buoyant exports and a strong increase in services. 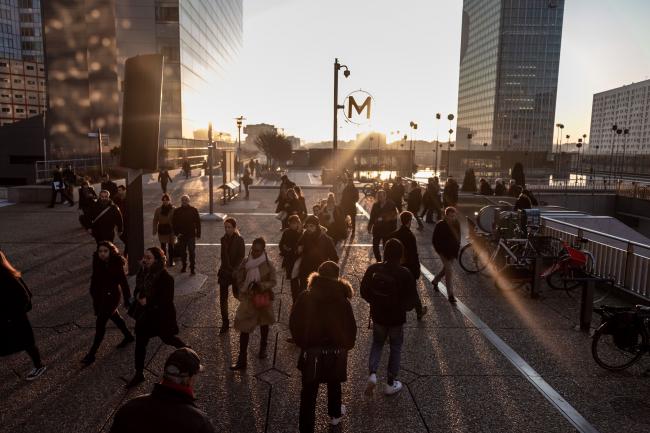