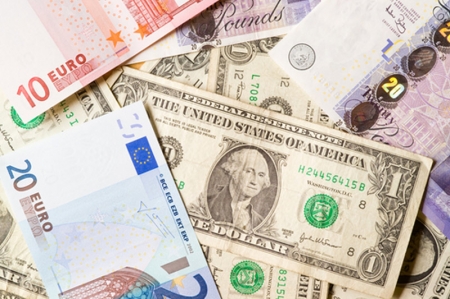 Investing.com -- Foreign exchange markets were mixed in early Friday trade in Europe, as tentative signs of progress in the U.S.-China trade war were offset by surveys showing more economic weakness in China and other Asian economies.

The U.S. dollar index that tracks the greenback against a basket of other currencies was little changed at 95.31. The dollar had risen late Thursday on encouraging comments by high-ranking U.S. and Chinese officials, even though two days of trade talks had ended without any concrete agreement.

President Donald Trump hinted after the talks that a summit meeting with his counterpart Xi Jinping in February could ensure that a further increase in U.S. import tariffs on Chinese goods – slated to come into force in March – is avoided.

However, the Chinese yuan and the Aussie dollar slid against the dollar on Friday in Asia after the Caixin/Markit Purchasing Managers Index showed Chinese manufacturing activity contracted at a faster rate in January.

The index fell to 48.3, its lowest since February 2016, from 49.7 in December. That was below the expected 49.5 and was more downbeat than the official version of the index released yesterday.

The euro was little changed against the dollar at $1.1452, ahead of a string of PMI readings from across the region. The first of them, from Spain, defied expectations of a fall. It rose to 52.4 from 51.1 in December.

The British pound was also little changed against dollar and euro, with no major developments on Brexit overnight.