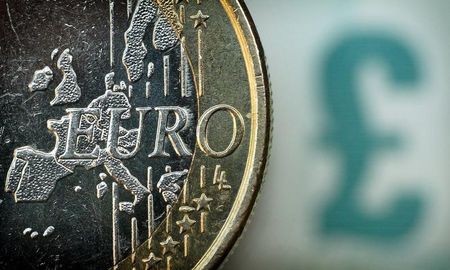 Investing.com - The euro was holding steady on Tuesday after hitting a two-month high against the U.S. dollar in the previous session and the British pound was treading water ahead of a crunch vote on Prime Minister Boris Johnson’s Brexit bill.

Parliament is due to vote on the deal Prime Minister Boris Johnson and his European counterparts agreed last week as the government scrambles to exit the European Union with just nine days to go until the Oct. 31 deadline.

The euro-dollar has been driven mostly by Brexit developments of late, as well as by developments in the trade dispute between the U.S. and China.

Sterling edged down to 1.2945, having reached the 1.30 level for the first time since May on Monday. The pound has risen by more than 5% in the last two weeks, hitting a series of five-month highs.

Hopes the U.S. and China were making progress to resolve their trade dispute supported the dollar in the Asian trading session.

China's Vice Foreign Minister Le Yucheng said progress was being made in talks and that while both sides respected each other, no problem was beyond resolution.

The remarks followed comments from U.S. President Donald Trump, who said work toward ending the trade dispute was going well, while White House adviser Larry Kudlow said tariffs scheduled for December could be withdrawn if progress was made.

The U.S. dollar index, which measures the greenback against a basket of six major currencies, was at 97.11.

The Japanese yen was little changed at 108.51, not far from the one-and-a-half month low it reached last week.

The traditional safe-haven currencies such as the yen, Swiss franc, and to a lesser extent the U.S. dollar, have given back gains this month as global investor risk sentiment improved on the back of building optimism over U.S.-China trade and Brexit deals.

"Until the recent improvement in risk sentiment is more seriously challenged, safe haven currencies should remain on the back foot in the near-term," MUFG analysts said in a note.

Elsewhere, the Canadian dollar steadied after jumping to a three-month high of 1.3104 against the U.S. dollar with Prime Minister Justin Trudeau looking on track to retain power in a close-run election. His ruling liberals will form a minority government, the Canadian Broadcasting Corp projected, as results rolled in. Canadian dollar has been the best performing major currency this year, rising by about 3.7% in the 10 months.