Forex - Dollar Slides to 10-Day Low Ahead of Payroll Data

Forex - Dollar Slides to 10-Day Low Ahead of Payroll Data 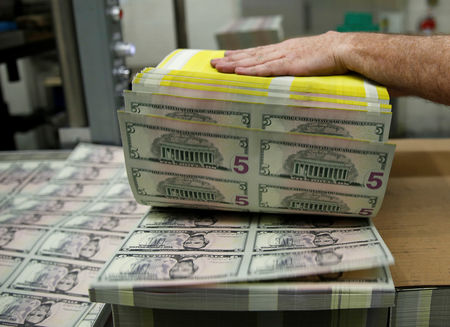 Investing.com -- The dollar fell to its lowest in some 10 days in early trading in Europe amid hopes that the world economy may be bottoming out.

Those hopes rested largely on a Chinese business survey by Caixin/IHS Markit, which showed the strongest improvement in operating conditions for Chinese manufacturers since February 2017. Output and new orders both expanded at steeper rates, with the latter supported by a renewed increase in export business.

That contrasted sharply with a more gloomy reading from the state-compiled PMI earlier in the week, which showed continued weakness.

Other purchasing manager indexes from around Asia showed the world’s manufacturing continuing to struggle, with Indonesia’s falling to a four-year low, Taiwan’s slipping into contraction territory and South Korea’s staying in negative territory despite a modest increase.

Japan’s showed manufacturing output falling for a 10th straight month. Even so, the yen strengthened to a three-week high of 107.95 against the dollar by 4:30 AM ET (0830 GMT).

Among European currencies, EUR/USD and GBP/USD both benefited from dollar weakness ahead of what is expected to be a complicated set of U.S. labor market numbers at 8:30 AM ET. The headline nonfarm payrolls growth number is expected to fall to 89,000, due largely to the impact of the strike at General Motors (NYSE:GM). That will put more focus than usual on wage developments, where average hourly earnings and hours worked are expected to stay unchanged from September.

"In the coming weeks however, with a majority (election) win for the Conservatives priced in and less room for a short-squeezing effect, the upside for sterling appears quite limited," analysts at ING said in a morning note.