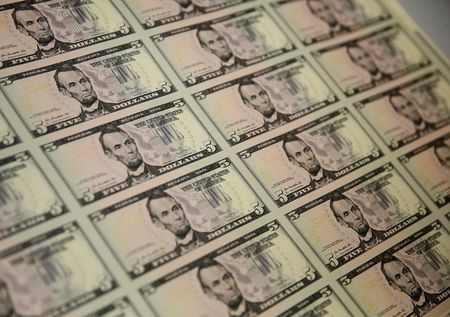 Investing.com - The dollar remained moderately lower against other major currencies on Thursday, as investors remained cautious ahead of a flurry of U.S. economic reports due later in the day.

Market participants were looking ahead to the release of U.S. data on building permits, housing starts, unemployment claims and manufacturing activity in the Philadelphia area.

The dollar has been pressured lower recently by concerns the global economic recovery will outpace U.S. growth and prompt other major central banks, including the European Central Bank to begin unwinding loose monetary policy at a faster pace.

The euro has strengthened broadly since last week's minutes of the ECB’s December meeting boosted expectations that policymakers are preparing to wind down their bond buying stimulus program.

Data earlier showed that China’s economy grew at a faster than expected pace in the fourth quarter, helped by strong export growth and a rebound in the industrial sector.

Meanwhile, USD/CAD was almost unchanged at 1.2438.