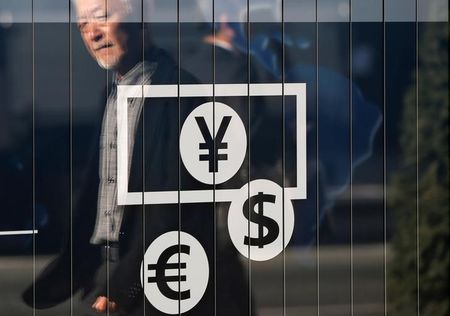 Invesing.com – The U.S. dollar was flat Tuesday, as sentiment on risk was hurt slightly on a report that U.S. tariffs on Chinese goods will remain in place through the 2020 election despite both sides expected to wrap up the phase one trade deal on Wednesday.

The U.S. dollar index, which measures the greenback against a trade-weighted basket of six major currencies, fell by 0.01% 97.34.

Gains in the greenback were also kept in check by tamer U.S. inflation data that strengthened expectations the Federal Reserve will keep interest rates lower for longer.

The sluggish pace of consumer price pressures has continued despite the lengthy U.S.-China trade war, with overall prices held back by declines in cars and household utilities, and only modest gains in housing, BMO said.

Given that some of the other inflationary indicators - particularly the core PCE – have remained sluggish somewhat, it will "take a more consistent, broad move upward to spark more interest from the Fed," the bank added.

Citing expectations for subdued inflation to continue, Kansas Federal Reserve president Esther George suggested would be appropriate for the Fed to keep rates on hold.

The pound rebounded from lows, meanwhile, even as speculation mounts that the Bank of England will cut interest rates should U.K. economic growth remain sluggish.

The purchasing managers' surveys on Jan. 24 will serve as the first sign of how the U.K.'s economy performed following December's general election, Swissquote Bank said.

USD/JPY rose 0.05% to Y109.99 as demand for the yen ticked up on the report that tariffs on China will remain in place.

USD/CAD fell 0.04% to C$1.30, as the loonie found its footing, underpinned by a rise in oil prices, which are set to snap a five-day losing streak.