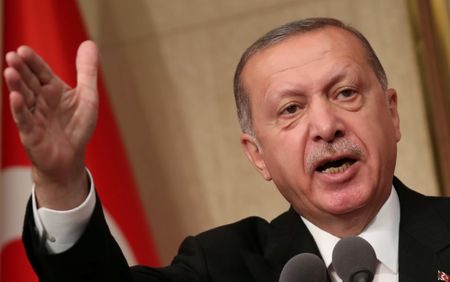 Thursday’s interest rate hike by the nation’s central bank is part of “bitter pill policies” that Turkey must follow, Erdogan told a group of businessmen in televised remarks from Istanbul on Friday.

While the Turkish leader renewed his tacit approval for the recent return to more orthodox monetary policies, he also repeated his widely discredited belief that higher interest rates fuel inflation. Most economists and central bankers around the world say the opposite is true.

this guy is a radical Islamist totally disconnected from reality..he ruined his country and poses threat not only to well being of Turks but also other nations as well..  ... (Read More)