BOE Readies for Action as U.K. Faces a Turbulent End to 2020

BOE Readies for Action as U.K. Faces a Turbulent End to 2020 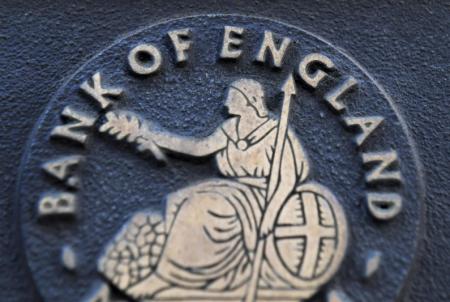 (Bloomberg) -- Bank of England officials are expected to lay the groundwork this week for yet more monetary stimulus as optimism over the U.K.’s economic rebound from the coronavirus pandemic fizzles out.

While economists and investors don’t see immediate action, they widely predict the BOE’s bond-buying program will be expanded again before the end of the year. The latest policy decision, released at noon London time on Thursday, will likely back that view.

With job losses mounting, new social restrictions to counter rising infections, and trade talks with the European Union in peril, Britain looks set for a turbulent end to 2020.

“The BOE’s not done,” said James Rossiter, an economist at TD Securities who used to work at the central bank. “More quantitative easing is necessary and this meeting does provide a bit of an opportunity to shift things in that direction. The big cliff coming is on the employment side.”

Investors are likewise betting on action. In the past week, interbank lending rates tumbled to record lows, and six-month Treasury bills sold at a negative average yield for the first time.

Economists expect another 50 billion pounds ($64 billion) to be added to the 745 billion-pound bond-buying program in November. That’s when updated economic projections will be published, and just weeks before the end of the U.K.’s transition period for leaving the EU.

While a rate cut probably won’t be the BOE’s first choice, money markets are pricing in a reduction as early as February. Economists at Bank of America Corp (NYSE:BAC). say the main rate could fall to minus 0.5% if Britain fails to strike a trade deal with the EU.

The “cliff” cited by Rossiter is the end of the government’s furlough scheme on Oct. 31. Many governments in the rest of Europe have extended their own programs, but the U.K. insists that businesses must adjust to the post-Covid economy.

That may change -- Chancellor of the Exchequer Rishi Sunak on Tuesday acknowledged that businesses need help, in the strongest signal yet that he may offer more support.

Hours before he spoke, data showed employment slid by more than 100,000 in July despite shops, bars and restaurants reopening. Britain’s job losses now total almost 700,000 since the start of coronavirus lockdowns in March.

Workers face more than twice as many job losses in the coming months than in the recession following the global financial crisis, according to the Institute for Employment Studies. The BOE anticipates the unemployment rate almost doubling to 7.5% by the end of the year.

“Rising unemployment may be not a temporary, demand-deficient, phenomenon,” said former BOE policy maker David Miles, now a professor of financial economics at Imperial College London. “Some industries are going to be affected for a long period of time.”

Prices are also under pressure. Figures published Wednesday are predicted to show inflation at zero, the weakest in almost five years. The BOE’s goal is 2%.

Still, Governor Andrew Bailey and Deputy Governor Dave Ramsden have stressed that they have plenty of firepower, and their Monetary Policy Committee colleague Michael Saunders said it is “quite likely” that more easing will be needed. Gertjan Vlieghe and Silvana Tenreyro have said the initial economic rebound isn’t a good guide to the longer term.

“Uncertainty from both Covid-19 and Brexit will be a double whammy,” said Sanjay Raja, an economist at Deutsche Bank AG (NYSE:DB), who expects a dissenting vote for more asset purchases this week. “What I think we could get in the September meeting are the first signs of more policy easing on the horizon.”