(Reuters) - UK shares rebounded for a second straight day after a steep sell-off earlier this week on rising fears over the impact from the coronavirus, though the bounce lost some punch as oil majors dipped alongside crude prices on U.S. stockpile data.

The FTSE 100 index (FTSE), which had risen as much as 0.5% earlier, ended only marginally higher. Shell (L:RDSa) and BP (L:BP) lagged after inventory and stockpiling data from the U.S. Energy Information Administration.

The FTSE 250 (FTMC), which had slumped more than 2% on Monday, rose for the second consecutive session and added 0.2%.

"If yesterday's positive move was down to a combination of short covering and bargain hunting, the muted session today might be a sign that buyers are running out of steam," CMC Markets analyst David Madden said.

Avast (L:AVST) underperformed with a 5.5% drop, bringing its losses for the week to nearly 20%. It denied media reports and assured users that none of their personally identifiable information had been sold to a third party.

The cybersecurity company also said it was reviewing options for its trend analytics service which is at the centre of the data privacy concerns.

Both British benchmark indexes have shed more than 2% since last week, when news of the coronavirus flare-up first emerged. Dealers are still mulling over how the outbreak will affect the global economy.

"Markets will be yearning for signs that the outbreak is stabilising," FXTM analyst Han Tan said, but warned that a meaningful recovery in equities could be months away.

Market strategists at Societe Generale (PA:SOGN) estimated global stock markets could fall 10% if the situation around the fast-spreading virus, which has killed more than 130 people, worsens.

Traders are also eyeing a U.S. Federal Reserve policy meeting, in which the bank is likely to leave interest rates unchanged, but may address future headwinds due to the virus outbreak.

In other stock moves, wealth manager Quilter (L:QLT) jumped nearly 9% to top the midcaps after a rise in assets under management prompted upgrades by at least two brokerages.

But transport operator Stagecoach (L:SGC) slid 6.3% after HSBC downgraded the stock and Britain said it would nationalise Northern Rail, ahead of a review of railway services due to be published in weeks.

Its shares suffered their worst day in almost seven months. 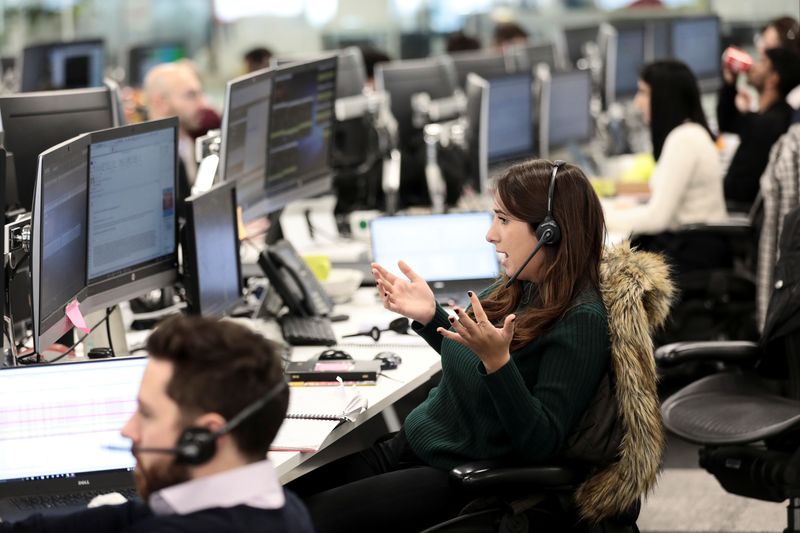 McCarthy & Stone Plc (L:MCS) skidded 6% on its worst day since June 2018, as its biggest shareholder plans to slash its stake in the retirement homebuilder.