Trump Says U.S. Is Talking With China but Not Ready for a Deal

Trump Says U.S. Is Talking With China but Not Ready for a Deal 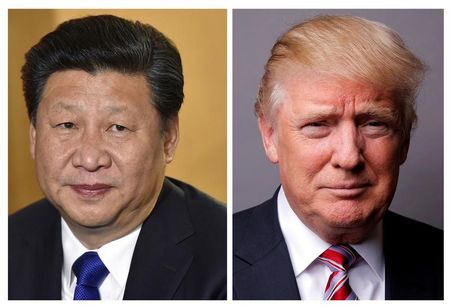 (Bloomberg) -- Terms of Trade is a daily newsletter that untangles a world embroiled in trade wars. Sign up here.

President Donald Trump said the U.S. is “doing very well with China, and talking!” but suggested he wasn’t ready to sign a trade deal, hours after his top economic adviser laid out a potential timeline for the resumption of substantive discussions with Beijing.

Trump vowed that the U.S. was “poised for big growth” after various trade deals are reached. But speaking to reporters as he departed New Jersey for Washington on Sunday, Trump said China needs a trade agreement more than the U.S. given the relatively weak condition of the Asian nation’s economy.

Trump made about 40 minutes of wide-ranging remarks after more than a week spent at his golf club in Bedminster, New Jersey.

The president tied trade negotiations with the ongoing situation in Hong Kong on-camera for the first time, saying that a deal between the U.S. and China would be harder if there’s a violent conclusion to protests there because of concerns raised by U.S. lawmakers. He tweeted last week that “of course China wants to make a deal. Let them work humanely with Hong Kong first!”

Trump also pushed back on media reports this weekend that the Commerce Department is poised, as soon as Monday, to renew Huawei Technologies Co.’s temporary general license to buy supplies for the U.S. “Huawei is a company that we may not do business with at all,” Trump said, calling the Chinese company a “national security threat.”

More teleconference meetings with Chinese negotiators are planned over the next week to 10 days, the White House National Economic Council director said on “Fox News Sunday.”

“If those deputies meetings pan out, as we hope they will, and we can have a substantive renewal of negotiations, then we are planning to have China come to the USA and meet with our principals to continue the negotiations and the talks,” Kudlow added.

Kudlow and Peter Navarro, Trump’s trade adviser, made multiple appearances on Sunday talk shows to discuss the economy and China trade prospects after a tumultuous week in financial markets that included an 800-point dip in the Dow Jones Industrial Average on Wednesday, its worst rout of the year.

The state of the economy is key to Trump’s re-election prospects in 2020; a downturn would dim the outlook for a president whose approval ratings have stayed stubbornly low. Major U.S. equity indexes, often referenced by Trump as a litmus test of his success, are essentially flat over the past 12 months.

“There’s no recession on the horizon,” Kudlow said on Fox. He added that there were no plans for additional fresh measures to boost the economy, and that the Trump administration would stay the course on its current agenda.

“Consumers are working, at higher wages,” Kudlow said on NBC’s “Meet the Press.” “They are spending at a rapid pace. They’re actually saving also while they’re spending -- that’s an ideal situation.”

Navarro, on ABC’s “This Week,” predicted “a strong economy through 2020 and beyond.”

On CNN, Navarro disputed that the U.S. had seen an inverted yield curve, often a forerunner of recession because it signals market expectations for weaker growth ahead.

“Technically we didn’t have a yield curve inversion,” he said on “State of the Union.” “All we’ve had is a flat yield curve.” And that, said Navarro, was “the result of a very strong Trump economy.”

As the stock market was tumbling on Wednesday, Trump lashed out at Federal Reserve Chairman Jerome Powell on Twitter, specifically citing the “CRAZY INVERTED YIELD CURVE.”

Navarro once again criticized Powell and the Fed on Sunday. “The Federal Reserve chairman should look in the mirror and say ‘I raised rates too fast,’” he said on CNN.

Additional Fed rate cuts beyond the quarter-point move in July will be a good thing, Navarro said, and a potential easing by the European Central Bank in September will help Europe’s struggling economy.

U.S.-China trade tension boiled over this month after a brief detente. The U.S. officially declared China a currency manipulator, and the country responded with a boycott of American farm products and by signaling that its currency can help cushion the tariff blow.

Navarro said the U.S. still has “significant structural issues” with China. Kudlow, while laying out a potential timetable for new meetings, provided no specifics on the as-yet unrevealed “positive news” out of recent discussions.

“President Trump has said, he’s willing to negotiate. He’s willing to make a deal. It’s got to be the right deal to protect American interests,” Kudlow said.

At a time Trump is pursuing trade disputes with China, Europe and others, an NBC-Wall Street Journal poll released Sunday showed support for free trade among Americans is on the rise.

Almost two-thirds -- 64% -- see free trade as good for the U.S., an all-time high for the survey series and up 7 percentage points from the last time it was asked, in 2017. Only 27% believe it’s bad, citing damage to key U.S. industries.

Kudlow, on Fox, discussed Trump’s decision last week to delay some planned 10% tariffs on Chinese imports to December from September. The administration is giving companies time so they won’t “jack up prices,” he said.

Trump and his top aides have said repeatedly that Beijing, not U.S. companies or consumers, are bearing the brunt of the tariffs imposed on imports from China. Trump tweeted on Sunday that China is “eating” the tariffs.

Navarro rejected a study by researchers at the University of Chicago, the Federal Reserve Bank of Boston and elsewhere that found U.S. importers are shouldering the vast majority of price changes from the tariffs, versus China’s 5%.

One key measure of U.S. inflation increased in July, driven by costs of shelter, apparel and used cars, and gained the most in a decade in the past two months, the Labor Department reported this month. Economists say the boost in inflation shows the tariffs are gradually filtering through.

The tariff war has increased prices for goods, and U.S. companies are paying the higher levies, according to a survey by the Federal Reserve Bank of New York. The U.S. government collected $57 billion in customs duties in the fiscal year that began Oct. 1, according to the Treasury Department.

At a rally in New Hampshire on Thursday Trump pushed the economic rationale behind his run for another term, saying even Americans who hate him “have no choice” but to vote for him or face a stock market collapse.

“You have no choice but to vote for me because your 401(k), everything is going to be down the tubes,” Trump told the crowd in Manchester. “Whether you love me or hate me, you’ve got to vote for me.”

The U.S. jobless rate has fallen under Trump, continuing its post-recession trend, and wages have started to tick higher. A breakdown of income numbers suggests wealthier Americans, who own stocks and have earnings from dividends, continue to benefit the most. 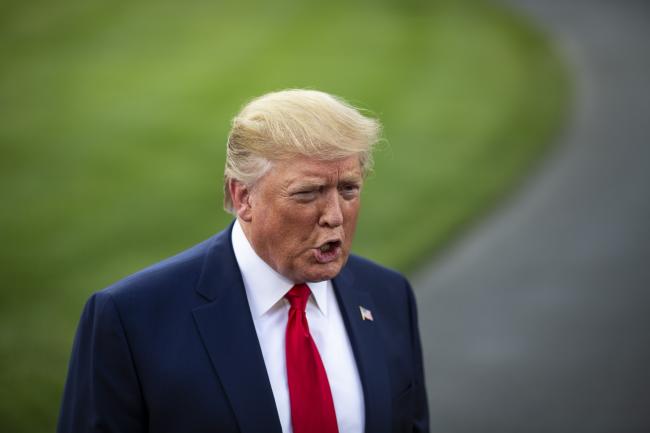 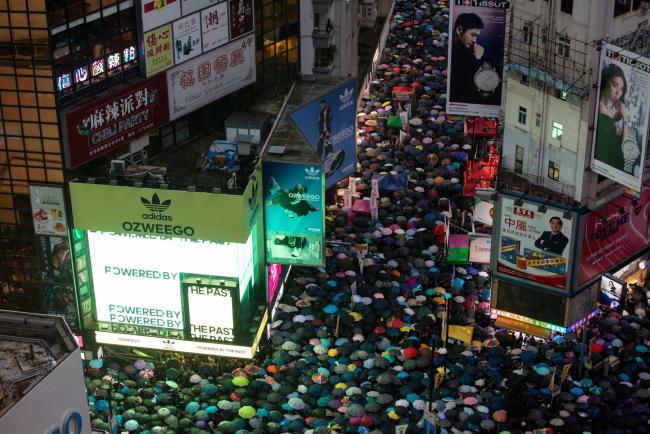 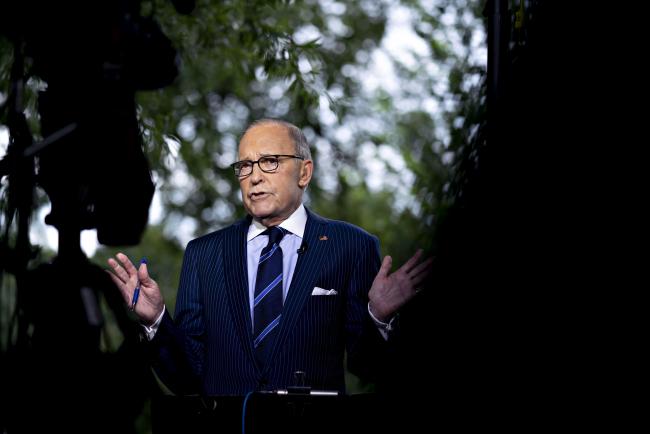 A trade deal will occur during the election in time to boost the stock markets. Trump isn't as stupid as some think.  ... (Read More)

Its a good question; why the president announce he’d delay the tariffs on some goods until Christmas to help them out over that period, if its China that is bearing the brunt of the those tariffs? You cant give a straight answer that one no matter how hard you try.  ... (Read More)