Top 5 Things to Know in the Market on Tuesday, July 14th

Top 5 Things to Know in the Market on Tuesday, July 14th 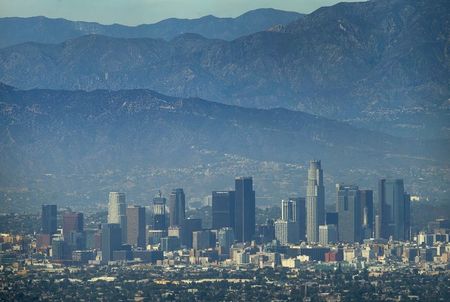 Investing.com -- Earnings season kicks into gear with reports from three of the U.S.'s biggest banks. Stocks are set for a modest bounce after falling sharply in reaction to news on Monday that California is rolling back its economic reopening and delaying the resumption of in-person schooling. Chinese trade data return to year-on-year growth for the first time since the pandemic erupted, but European data are less convincing. And OPEC presents its monthly report on the oil market while technical staff work out whether the current deal on output restraint is being properly observed. Here's what you need to know in financial markets on Tuesday, July 14th.

California Governor Gavin Newsom ordered the closure of all indoor businesses. The state’s two largest school districts, in Los Angeles and San Diego, will also conduct classes remotely after the summer break, defying pressure from the federal government to reopen.

The measures, which apply to bars, indoor restaurants, movie theaters and nail salons among other things, are the most dramatic reversal yet of the economic reopening across the U.S. They come after a 20% increase in cases and a 10% rise in deaths across the state over the last week.

The national seven-day rolling average for new cases, which evens out some short-term volatility in the reporting, has risen from less than 20,000 in mid-June to a new record of over 59,000 as of Monday.

Reopening has brought similar concerns across the world, with both Japan and Germany warning on Monday that nightclubbing in particular could prompt renewed surges in infections.

2. Bank reports to set the tone for Q2 earnings season

Earnings season kicks into gear, with JPMorgan (NYSE:JPM), Citigroup (NYSE:C) and Wells Fargo (NYSE:WFC) all due to report on what is set to be a dismal quarter.

Of most interest will be the rate at which banks are building provisions against corporate and personal loans turning bad as they are struck by a wave of bankruptcies and job losses. The provisions number will, indirectly, be a comment on the effectiveness of government policy in preserving jobs.

FactSet estimates that S&P 500 companies overall will post a 10% decline in revenue and a 45% drop in earnings in the quarter. The banks look likely to fare even worse:  JPMorgan’s earnings per share expected to have fallen by more than half to $1.19, while Citigroup’s are expected to fall 84% to 36c.

U.S. stocks are set for a modest bounce at opening after sharp losses on Monday in response to the Californian news, although the quarterly reports from the banks may change all that.

By 5:55 AM ET (9:55 GMT), the Dow futures contract was up 96 points or 0.4%, while the S&P 500 Futures contract and the Nasdaq 100 futures contract were both up 0.3%. Overnight, UBS struck a note of caution regarding tech stock valuations, cutting its recommendation on both Netflix (NASDAQ:NFLX) and Spotify (NYSE:SPOT).

In addition to the three big banks, there’ll also be earnings from Delta Air Lines (NYSE:DAL). Also in the spotlight may be SoftBank ADRs (OTC:SFTBY), which hit a one-year high on Monday on reports that it is lining up a possible sale of a stake in chipmaker ARM.

China’s external trade data showed positive numbers in year-on-year terms for the first time since the pandemic erupted at the start of the year.  Chinese exports rose 0.5% on the year in June, while imports rose 2.7%, due largely to the country’s taking advantage of low prices to restock their crude oil reserves.

China has emerged furthest from the pandemic-induced collapse partly because it was the first country to be hit by it. In Europe, which only started to suffer two months after China, the recovery is still looking fragile: U.K. May GDP data rebounded by only 1.8% rather than the 5.5% expected, although industrial output and manufacturing were down by slightly less than feared.

In Germany, meanwhile, the ZEW index of economic sentiment fell from June due to a much sharper-than-expected worsening in the assessment of current conditions.

5. Oil steadies on evidence of Chinese buying; OPEC report due

The Organization of Petroleum Exporting Countries will release its monthly assessment of the global oil market, on the same day that a two-day technical meeting to assess compliance with the so-called OPEC+ deal on output restraint starts.

Oil prices steadied overnight having weakened on Monday in response to the Californian news, which casts fresh doubt over the trajectory for fuel demand.

Signs of record buying by Chinese importers in June then acted as a counter-weight. Crude imports to China soared to a record 12.99 million barrels a day in June, up over 3.3 million b/d from May.