Top 5 Things to Know in the Market on Thursday, July 30th

Top 5 Things to Know in the Market on Thursday, July 30th 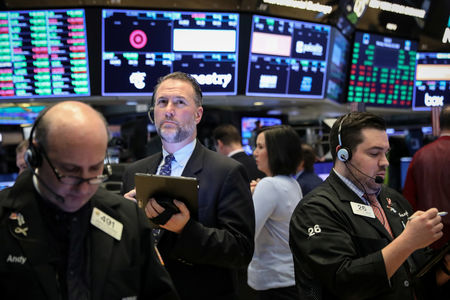 Investing.com -- The U.S. publishes second-quarter GDP figures and weekly jobless claims. Germany's economy shrunk more than expected in the three months through June but its labor market is recovering. Big Tech reports after the bell, a day after emerging unscathed from a puffball hearing in Congress. Qualcomm and Samsung stock both soar as the outlook improves for chipmakers. Here's what you need to know in financial markets on Thursday, July 30th.

A day after modestly playing down their importance to lawmakers, Big Tech CEOs get to parade what are set to be a bumper set of earnings after the closing bell.

Apple (NASDAQ:AAPL), Amazon, Facebook and Alphabet will all release their results, with Amazon and Alphabet in particular likely to book large increases in revenue from their Cloud-hosting businesses as the pandemic forces the real world to move into the virtual one at a faster pace.

Of more interest, arguably, will be developments in the advertising businesses of Alphabet and, especially, Facebook. The latter is facing a spreading boycott by advertisers over its failure to tackle disinformation and hate speech on its platform. Given the obvious read-across to Google’s YouTube platform, Facebook’s outlook will attract particular attention.

2. GDP, Jobless claims due as lawmakers haggle over unemployment benefit

The U.S. will confirm its worst quarterly economic performance since the Great Depression, with preliminary numbers for second-quarter gross domestic product. A rough analyst consensus suggests an annualized decline of around 34%, although the rebound in economic activity since May makes the annualized number even more meaningless than it usually is.

The data come only two days before the existing enhancements to unemployment benefits under the CARES Act are set to expire. White House chief of staff Mark Meadows said on Wednesday that Congressional Republicans and Democrats are “nowhere close to a deal,” adding that “enhanced unemployment provisions will expire.”

U.S. stock markets are set to open lower, giving up most of the gains they made on Wednesday after reassurances of continued support from the Federal Reserve (and hints of even more support later this year).

In addition to the big four tech companies, there will also be earnings before the opening from Mastercard and consumer giant Procter & Gamble, Comcast, Eli Lilly and United Parcel Service.

Anheuser Busch InBev already released its earnings in Europe, showing a surprise jump in beer sales, while Nestle also topped expectations. Volkswagen, however, swung to an operating loss and cut its dividend.

Germany’s economy shrunk by more than expected in the second quarter, according to preliminary data released by Destatis.

Quarterly output fell an estimated 10.1%, more than the 9% consensus forecast. The data may be subject to considerable revisions, given that Germany hasn’t published June data for either retail sales, industrial production or exports yet.

On the brighter side, unemployment in Europe’s largest economy fell by a seasonally-adjusted 18,000 in July.

Qualcomm stock is set for a strong opening after rising 12% in after-hours trading on Wednesday on the back of settling its drawn-out dispute with Huawei. The company will receive a $1.8 billion lump sum for previously unpaid licensing fees.

More intriguingly, Qualcomm said it’s also signed a long-term sales deal with the Chinese giant, one that may yet be held hostage by the downturn in U.S.-China relations.

Separately, a report by Canalys suggested that Huawei became the world’s top-selling mobile phone maker in the first half of 2020, a development largely due to the fact that its heavily Chinese-weighted sales recovered faster than Apple’s or Samsung’s.

Samsung Electronics, for its part, reported a 7.2% increase in quarterly profit due to a surge in demand for its chips since the pandemic erupted. It expects demand for its mobile devices and electronics to recover in the rest of 2020.