Top 5 Things to Know in the Market on Monday, May 25th

Top 5 Things to Know in the Market on Monday, May 25th 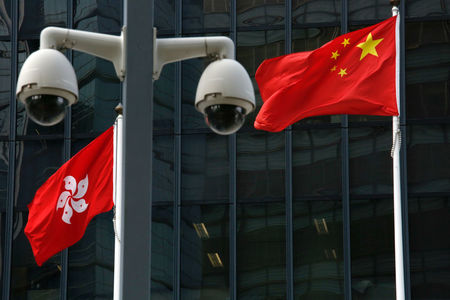 Investing.com -- Protests return to Hong Kong and the U.S. expands its blacklist of Chinese companies. German business confidence rebounds a bit but Europe's largest economy was still in recession already by March. Spain said it will open its beaches and hotels, reviving battered European travel stocks, while Hertz Global and Tuesday Morning (NASDAQ:TUES) head for the bankruptcy courts. Here's what you need to know on a holiday-thinned Monday, May 25th.

Protesters took to the streets of Hong Kong in force to oppose the introduction of a new security law that they say threatens the foundations of the city’s liberties and privileges.  Police responded by using tear gas, water cannon and pepper spray to disperse the protesters, making over 100 arrests.

The demonstrations came a day after the U.S. Commerce Department added 33 more Chinese entities to a blacklist stopping U.S. firms from dealing with them. It alleged they were complicit in human rights violations in the mainly Muslim western province of Xinjiang. China expressed “strong dissatisfaction” as analysts warned of a further drift towards a new cold war between the two powers.

Chinese stocks were mixed but the dollar rose another 0.1% against the yuan in Hong Kong to over 7.15.

Signs of lockdown easing in Europe came thick and fast over the weekend, with Spain – one of the countries worst hit by the Covid-19 pandemic - announcing it would reopen its beaches and hotels to foreign tourists from July.

The news offers one of Europe’s most popular vacation destinations the chance to salvage something from a summer season that had already been largely written off. Travel and hotel stocks soared across the continent, with Spain’s biggest hotel company Melia Hotels (MC:MEL) rising by nearly a quarter.

Elsewhere, Japan also lifted its nationwide state of emergency. Italy, meanwhile, reopened most of its gyms and swimming pools. France is due to update on the next phase of reopening by the middle of the week

With the U.S., U.K., Indian and Singaporean stock markets closed for public holidays, it’s been a relatively quiet session in global stocks so far, in which the prospect of economic reopenings has battled with concern over U.S.-China tensions for the upper hand.

Economic indicators are also starting to show signs of life in Europe as the continent moves into the second half of a quarter that is widely expected to mark the low-point for the economy.

The closely-watched German Ifo business climate index rebounded to 79.5 in May from a record low of 74.2 in April, driven entirely by a recovery in expectations.  One company planning for better times is airline Lufthansa, which said it will ramp up services in June, aiming to have 20% of its planes flying by late June.

Businesses’ assessment of their current conditions worsened on the month, however, defying hopes for a stabilization.

Earlier, data had confirmed that Germany had met the technical definition of a recession already in the first quarter, with gross domestic product shrinking by 2.2% after a 0.1% decline in the final three months of 2019. Ifo economist Klaus Wohlrabe said the think-tank still expects a drop of more than 10% in German GDP in the second quarter.

5. Hertz files for chapter 11, Tuesday Morning may be next

The chapter 11 drumbeat continues. Car rental firm Hertz Global Holdings (NYSE:HTZ) filed for bankruptcy protection after the close on Friday, with debts of some $19 billion.

The company, backed by activist investor Carl Icahn, had been largely unable to use its fleet of 700,000 vehicles in the past three months as anti-Coronavirus lockdowns spread across the world.

Separately, The Wall Street Journal reported that retailer Tuesday Morning intends to file for chapter 11 protection on Tuesday, joining other home-goods retailers Pier 1 and Art Van Furniture, as well as department stores Neiman Marcus and JC Penney (NYSE:JCP), all of whom have been forced into similar steps by the pandemic. 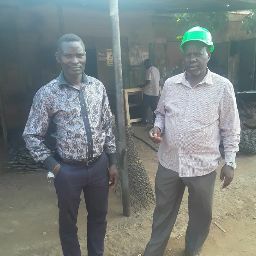