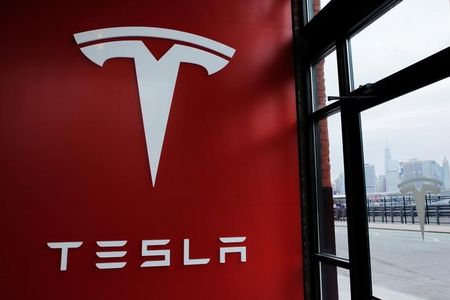 Investing.com -- Tesla (NASDAQ:TSLA) reports earnings as the quest for a compromise on a stimulus package overruns the House's self-imposed deadline. The dollar and bonds slump on growing hopes for a deal before the election.  Netflix (NASDAQ:NFLX) results disappointed, but Snap (NYSE:SNAP)'s didn't. And the U.S. government releases the latest weekly data on oil inventories. Here's what you need to know in financial markets on Wednesday, October 21.

The political theater over a U.S. fiscal stimulus package drags on into another day, with House Speaker Nancy Pelosi extending her self-imposed deadline for a deal and President Donald Trump putting more pressure on Senate Republicans via Twitter and the campaign trail to agree to a larger package of support measures.

Growing confidence in a deal drove 10-Year and 30-Year U.S. Treasury yields to their highest in over four months overnight, also pushing the dollar index down to its lowest in six weeks.

On a relatively light day for data, macro concerns will be focused on the outcome of any further talks between Pelosi and Treasury Secretary Steven Mnuchin. There will also be speeches from Cleveland Fed President Loretta Mester and, of more interest, Fed Governor Lael Brainard. Brainard has been tipped as a possible Treasury Secretary if Democratic Party nominee Joe Biden wins the presidential election in November.

Netflix’s earnings disappointed again, pushing the stock down over 5.5% in after-hours trading on Tuesday. The company’s figures showed how much of its gains in new subscribers in the first half had merely been ‘pulled forward’, leading to slower growth in the third quarter. Earnings per share also fell well short of expectations.

Even so, the company remains on track for its best year ever in terms of subscriber growth, and its stock remains only a few percent off its all-time high.

Those looking for a bigger shift in a company’s underlying outlook found one in Snap, which posted much better-than-expected sales and a narrower-than-expected loss in the third quarter after the closing bell on Tuesday. That’s pushed the stock up 24% in premarket trading to a new all-time high.

U.S. stock markets are poised to open flat, having risen on Tuesday in response to the progress of the stimulus talks, and having largely shrugged off the news of the Department of Justice’s antitrust suit against Google-owner Alphabet (NASDAQ:GOOGL).

A torrent of earnings will cast light on the performance of pretty much every sector of the economy in the course of the day: Verizon (NYSE:VZ) and Abbot Labs get the ball rolling, with NextEra Energy (NYSE:NEE), Biogen (NASDAQ:BIIB), CSX (NASDAQ:CSX), Kinder Morgan (NYSE:KMI) and Under Armour (NYSE:UA) all due in the course of the day. Xilinx (NASDAQ:XLNX), Edwards Lifesciences (NYSE:EW), Equifax (NYSE:EFX) and Las Vegas Sands (NYSE:LVS) all report after the bell, as does…

Elon Musk’s electric carmaker will top the earnings season bill after the close, under an intense spotlight to deliver an improvement in underlying profits after failing to convince S&P’s index guardians that it deserved a place in the S&P 500 with its profits in the second quarter.

While the company has already posted record deliveries for the quarter, operating margins appear to have come under pressure as the company starts using its Shanghai factory – built to serve the world’s biggest EV market – to export to Europe and other markets.

Analysts expect earnings per share of 55c, up from 44c in the second quarter, on revenue of $8.26 billion, up from $6.4 billion three months earlier. They’ll be looking especially closely at the contribution from sales of emissions credits to other automakers, which accounted for all of the second quarter’s profits and more.

Crude oil prices came off the highs posted in reaction to progress on the U.S. stimulus talks but remain well supported, helped by weakness in the dollar which it makes oil cheaper for non-U.S. buyers.

At 10:30, the Energy Information Administration will release its weekly data on oil inventories. The consensus forecast for a draw on stockpiles of over 1 million barrels looks vulnerable to a negative surprise after the American Petroleum Institute estimated a build of nearly 600,000 barrels late on Tuesday.