Petrobras, or Petroleo Brasileiro SA, was founded in 1953 by former president Getulio Vargas following a nationalist campaign that began in the 1940s with the anthem "The oil is ours".

Selling the company would cap off the drive by Economy Minister Paulo Guedes, a Chicago school-trained economist and disciple of Thatcherite economics, to maximize privatisation, deregulation and free-market activity.

Guedes, who is influential in Bolsonaro's right-wing administration, has said if it were up to him the state would sell "everything". But he needs to build support because unlike other state assets, privatising Petrobras requires congressional approval.

The Brazilian government's stake in Petrobras, including stock owned by development bank BNDES, is worth 135 billion reais ($33 billion) at current market prices.

It is hard to estimate how much a rival would pay for a controlling premium or how much the government could raise from outright privatisation. Still, proceeds from a sale would go a long way toward reducing Brazil's budget deficit.

It would also be the clearest signal yet that the government is serious about shrinking the state's size and influence in business. But it is likely to remain a pipe dream, at least over the remaining 3-1/2 years of Bolsonaro's first term.

Petrobras is already raising cash by selling off non-core assets and the government has a long list of other firms it wants to privatise first. Also, politicians of many stripes oppose selling Petrobras, saying it would violate national sovereignty.

"Petrobras is a successful example of a public company ... so I find it hard to make the case that privatising it will be more profitable for Brazil," said federal deputy Marcelo Ramos of the centre-right Liberal Party.

"Personally, I am against it and I don't think there will be appetite for this in Congress," he said.

EVERYTHING ON THE TABLE

After a dispute about the sale of Petrobras subsidiaries, Brazil's Supreme Court decided in June that congress must approve any sale of the oil company.

Bolsonaro himself has said in the past that he opposed privatising Petrobras because of its "strategic" nature. Last week, he said the government was ready to discuss a possible sale, and shares of Petrobras briefly jumped.

"Everything is studied, everything is raised, everything is discussed," Bolsonaro told reporters on Thursday last week. "Whether you privatise or not, you have to look at the cost-benefit, what is good for Brazil and what is not," he said.

A drive to privatise Petrobras "will embolden the opposition in Congress, which now has more support for its claim that Brazil is being handed over to businessmen and/or foreigners," analysts at Guide Investimentos said in a client note last week.

Currently, the government holds a 43% stake - 28% directly and 15% through BNDES - in what is the world's ninth-largest oil company by market capitalization. That is a controlling stake because it is all voting stock, equivalent to 50.3% of common shares, according to information provided by Petrobras to securities industry regulators.

Petrobras employs nearly 70,000 people and is Brazil's largest company by revenue, operating profit and market value. It has taken steps to reduce its huge debt load in recent years, as it began to move beyond the black eye inflicted by its part in the nationwide graft-and- corruption scandal exposed by "Operation Car Wash."

But despite unprecedented moves to sell non-core assets, net debt still stands at around $70 billion.

Shares jumped 6% on Wednesday last week after local media reports that the government wants to push a sale through in Bolsonaro's first term, but have since slumped back along with the broader market.

Last week, the government added nine companies to the list of state-controlled firms to be sold, including postal service Correios and Codesp, the company managing Latin America's largest port in Santos. The government hopes to raise 1.3 trillion reais ($323 billion).

Brazil has turned over state-controlled behemoths to the private sector before. In 1993 it sold steel giant CSN (SA:CSNA3), in 1997 it unloaded miner Vale (SA:VALE3) and in 1998 telecommunications monopoly Telebras was auctioned off.

The Telebras sale might offer an insight into the potential time frame for Petrobras. A change to the country's constitution was made in 1995 and the company was not privatised for another three years.

An executive at one of the largest international investors that acquired Petrobras assets recently said he did not expect the company to be privatised during Bolsonaro's term, noting that other state assets are much easier to sell.

"Maybe it's a project for the next president," he said, requesting anonymity to avoid upsetting government officials, while analysts at XP Investimentos said Petrobras is "probably a step too far" right now. 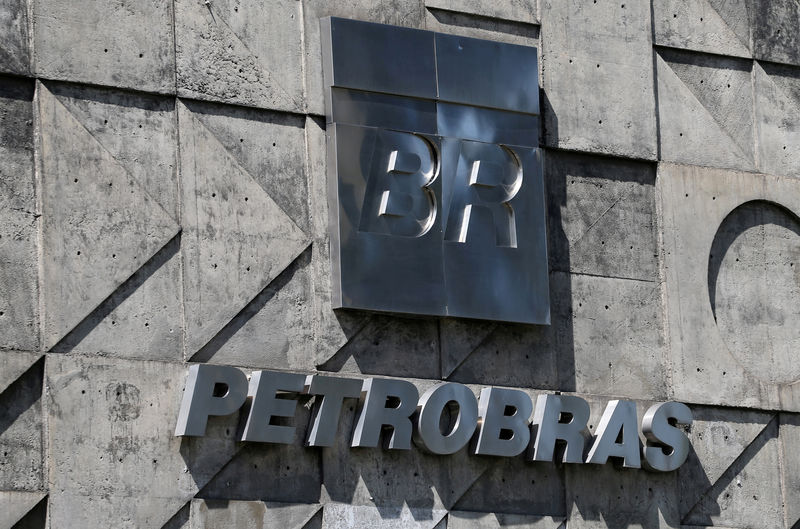