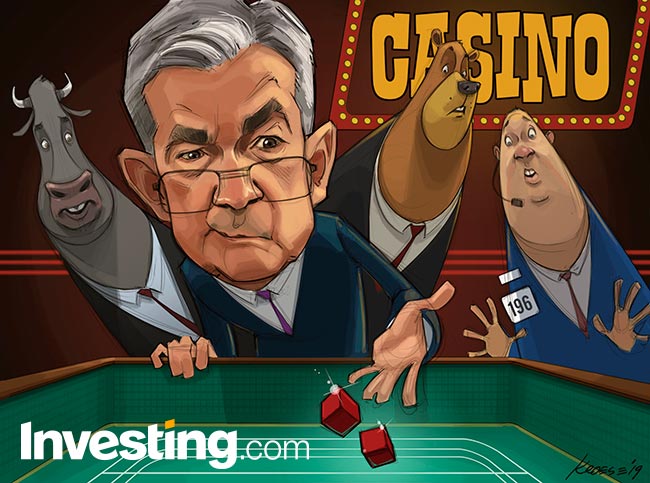 "In the absence of improvement, such that the sustained return of inflation to our aim is threatened, additional stimulus will be required," Draghi told the ECB's annual conference in Sintra, Portugal.

He added there was still "considerable headroom" for more asset purchases and "further cuts in policy interest rates and mitigating measures to contain any side effects remain part of our tools".

The surprisingly dovish comments come just hours before the Federal Reserve kicks off its two-day policy meeting in Washington.

The U.S. central bank is widely expected to leave interest rates on hold but could possibly hint at a rate cut in July when it announces its decision on Wednesday afternoon.

Fed Chair Jerome Powell will hold what will be a closely-watched press conference shortly after the release of the Fed's statement.

Investing.com’s Fed Rate Monitor Tool puts the probability of a quarter-point interest rate cut by the Fed at its July meeting at around 85%.

With expectations running high for a rate cut next month, markets could experience disappointment if Powell and the Fed do not send strong enough signals of imminent easing.

For our latest Investing.com social media weekly poll, we asked our users:

Will The Federal Reserve Cut Rates This Week?

The poll results showed a clear majority not expecting the U.S. central bank to take any action on interest rates this week.