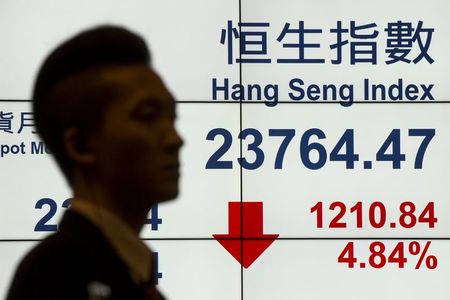 TOKYO (Reuters) - Global stocks barely budged on Friday as investors tightened positions with less than two weeks to go before the U.S. presidential election and awaited a breakthrough in stimulus talks in Washington.

U.S. S&P 500 futures had dipped slightly after the debate but were mostly flat by late Asian trade. The underlying index had gained about 0.5% in the previous day on hopes that the U.S. Congress and the White House could soon strike a deal on another round of COVID-19 stimulus.

European stocks are expected to claw back some of this week's losses, with Euro Stoxx 50 futures up 0.4% before opening of cash trading.

Shares in Asia hardly moved, with MSCI's broadest index of Asia-Pacific shares outside Japan flat while Japan's Nikkei ticked up 0.2%.

At Thursday's debate, Biden renewed his criticism of Trump's handling of the coronavirus pandemic as Trump levelled unfounded corruption accusations at Biden and his family.

"The sense I get looking at US futures is that the market, after this debate, does not appear very convinced that Mr Trump was able to increase his odds of winning the elections," said Chetan Seth, Equity strategist at Nomura in Singapore.

A widening lead in polls by Biden is prompting many investors to bet on a Biden presidency and also a "blue sweep", where Democrats win both chambers of Congress.

While Democrats plan to raise taxes on corporate profits and capital gains could hit share prices, their pledge on large stimulus is seen as offsetting those blows.

"A lot of people are now talking about K-shaped recovery in the economy. My sense is that the money will move around within the stock market, rather than flowing outside under the 'triple blue' scenario," said a senior manager of trading at a major Japanese bank.

The clean energy sector is seen as a potential winner at the expense of traditional energy firms under a Biden presidency. The Dow Jones oil and gas index is down nearly 49% this year. Biden reiterated his campaign pledge of net-zero-emissions by 2050.

The Nasdaq index, which had led the market's rally, has underperformed lately, having lost 1.4% so far this week also on concerns Democrats could take a harder stance on big tech firms. Investors could also take profits on them before any increase in capital gains tax.

"A blue wave may lead to concerns about the impact on the tech sector, while a Biden win and a split Congress may imply another four years of limited policy changes and politicking," said Mary Nicola, senior economist at Pinebridge Investments in Singapore.

In the near-term, investors looked to talks on another round of COVID-19 stimulus.

U.S. House of Representatives Speaker Nancy Pelosi reported progress in talks with the Trump administration for another round of financial aid, saying legislation could be hammered out "pretty soon".

In the currency market, the dollar bounced back from Wednesday's seven-week low but stayed under pressure as investors began to wager on a Biden presidency and big U.S. stimulus. 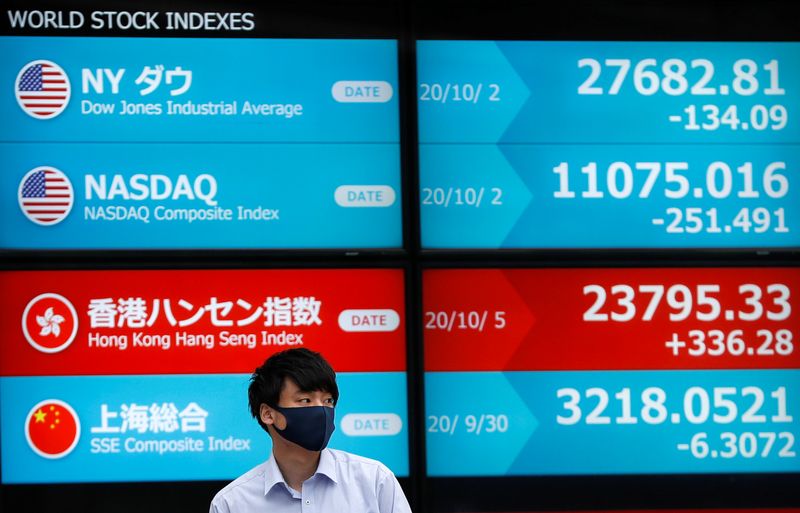