LONDON (Reuters) - British consumers increased their borrowing by the smallest amount since mid-2015 in the three months to November, suggesting households are slowly reining in spending, Bank of England figures showed on Thursday.

Britain's economy saw lackluster growth for most of 2017 - especially compared to its faster-growing neighbours - and Thursday's BoE data suggest this pattern continued toward the end of the year.

The BoE has played down any suggestion of a debt bubble, though it has acknowledged pockets of risk and required banks to set aside more money against the risk of bad loans.

In cash term, borrowing was up by 1.4 billion pounds in November alone, compared with economists' forecasts of a 1.5 billion pound rise in a Reuters poll.

Net mortgage approvals for house purchase were at the higher end of economists' forecasts at 65,139 in November compared with 64,887 in October.

Earlier on Thursday major mortgage lender Nationwide said house prices overall last year grew at their slowest pace since 2012 and fell in London for the first time since 2009.

The central bank raised interest rates for the first time in more than a decade in November, reversing a cut made in August 2016, and indicated that further increases were likely in the coming years to keep inflation under control.

Consumer credit growth has been slowing gradually since it peaked at nearly 11 percent in November 2016.

With Britain's consumers being squeezed by slow wage growth and the jump in inflation that followed the 2016 Brexit vote, expectations for Christmas spending had been subdued. 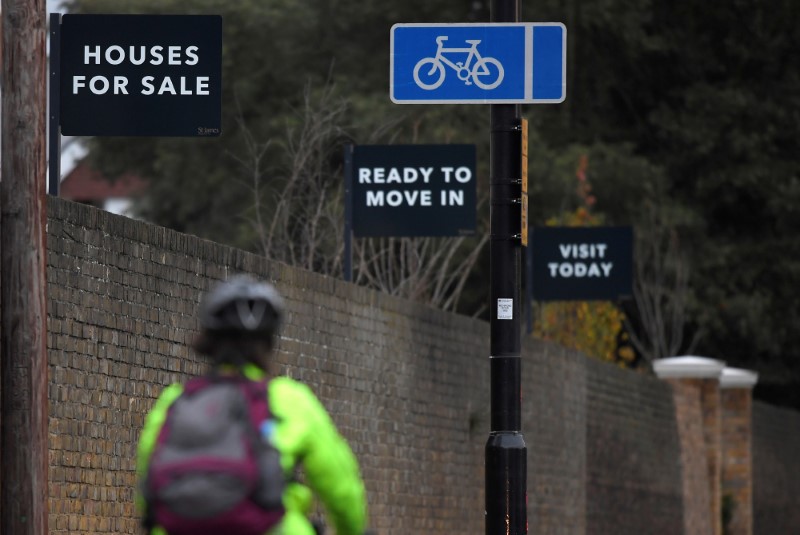 However, major clothing retailer Next (L:NXT) reported stronger than expected Christmas sales on Wednesday and the Confederation of British Industry said sales growth had been solid in the early part of December.