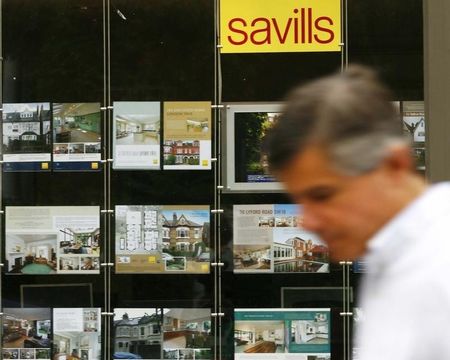 Investing.com - The growth of net lending to individuals and households in the U.K. was at an 18-month low as household debt eases, official data showed on Wednesday.

In a report, the Bank of England said total net lending to individuals increased by ₤4.8 billion last month, above forecasts for ₤4.3 billion. The lending rate was below the ₤5.2 billion lent in September, which was revised down from ₤5.5 billion.

Meanwhile, the M4 Money Supply increased by a seasonally adjusted 0.6% in October, higher than expectations for a rise of 0.3% and following a drop of 0.1% in September, which was revised from negative 0.2%.

Mortgage lending fell to 3.39 billion, compared to 3.75 billion in September, which was revised from 3.85 billion. Analysts had expected lending to fall to 3.60 billion.