ZURICH (Reuters) - The outlook for the Swiss economy has sunk to its lowest level in five years, a leading indicator showed on Monday, in the first reading of how the coronavirus outbreak will hurt the country's export-driven economy.

The KOF Economic Barometer fell to 92.9 points in March, its lowest since the Swiss National Bank scrapped its Swiss franc peg to the euro (EURCHF=) in 2015.

The March reading, well below the long-term average of 100, points to the expected performance of the economy in six months time.

Michael Graff, head of economic forecasting at KOF, said he expected the barometer to decline in the months ahead and eventually reach levels last seen during the great recession of 2008/9, when it hit 60 points.

"There will be a big recession and a big loss of GDP, but how bad we do not know," he said.

"To determine what will eventually happen is outside the realm of economics and more in the realm of virology and politics," he said.

Two Swiss companies - engineering group ABB (S:ABBN) and cement maker LafargeHolcim (S:LHN) -- have already made profit warnings while the government has responded to the outbreak with a partial lockdown of some businesses.

The country's death toll has reached 257 people, while 14,336 people have tested positive for coronavirus.

KOF this month had outlined three scenarios for the Swiss economy this year, with its base case pointing to growth of 0.3%, well below the average rate of 1.7%.

In this scenario, accompanied by a strengthening Swiss franc, the economy could slip 2.3% this year, KOF said. The government has already forecast a contraction of 1.3%.

"I think our worst-case scenario published on March 16 is much more likely to come true now," Graff said. "That was based on a partial shutdown for a few months and an assumption that the virus will remain for around a year.

"It's a safe bet to say we will see a decline in the readings next month as more people work from home and many companies don't respond because they are not operating at the moment, so we will have a bias here," he added.

Still, he did not think the downturn would lead to a big rise in unemployment, with the government supporting companies through its short-time working compensation scheme. 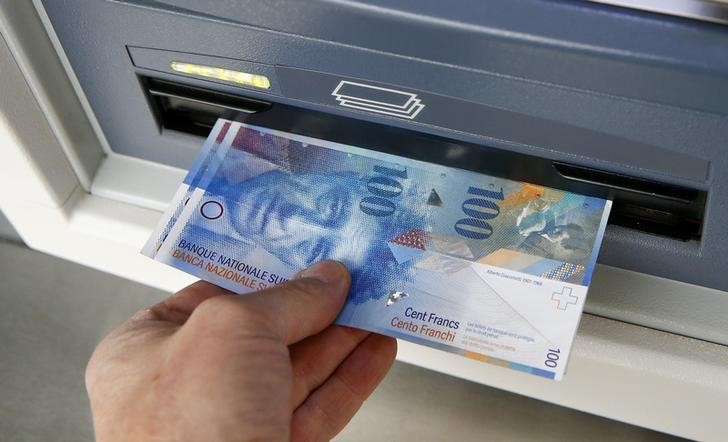 While manufacturing and tourism sectors would bear the brunt of the downturn, financial services would be relatively unaffected while pharmaceuticals - Switzerland's biggest export sector - could benefit.