NEW YORK (Reuters) - Oil prices soared on Monday after attacks on crude facilities in Saudi Arabia cut the kingdom's production in half and sparked worries over the impact of an oil shock on economic growth, halting a positive run in world stock markets as investors reached for less-risky assets.

Oil prices surged nearly 20% at one point on Monday, with Brent crude posting its biggest intraday gain since the 1990-1991 Gulf crisis, before paring gains.

"The attack on Saudi oil infrastructure came as a shock and a surprise to a market that had not been trading volatility and was more focused on the demand aspect over supply," said Tony Headrick, an energy market analyst at St. Paul, Minnesota commodity brokerage CHS Hedging LLC.

The upheaval in the oil market, coupled with poor economic data from China, served to sour investors' appetite for risky assets.

The MSCI world equity index, which tracks shares in 47 countries, snapped a five-day winning streak to trade down 0.39%.

On Wall Street, energy stocks spiked while the rest of the market fell as the attacks on Saudi Arabia's oil facilities added to investors' concerns about geopolitical risk and a slowing global economy.

"The U.S. investor is waiting with bated breath about what the U.S. and its allies might do," said Jake Dollarhide, chief executive officer of Longbow Asset Management in Tulsa, Oklahoma.

Monday's rapid spike in crude prices came at a time when central banks in the United States, Europe and Asia are easing monetary policy to fight a slowdown in the global economy amid a drawn-out trade war between Washington and Beijing.

The U.S. Federal Reserve is due to hold its next policy meeting on Wednesday, at which it is widely expected to ease interest rates and signal its future policy path.

In FX markets, the dollar rose against a basket of currencies after President Donald Trump's authorization of the use of an emergency crude stockpile helped temper the surge in oil prices. 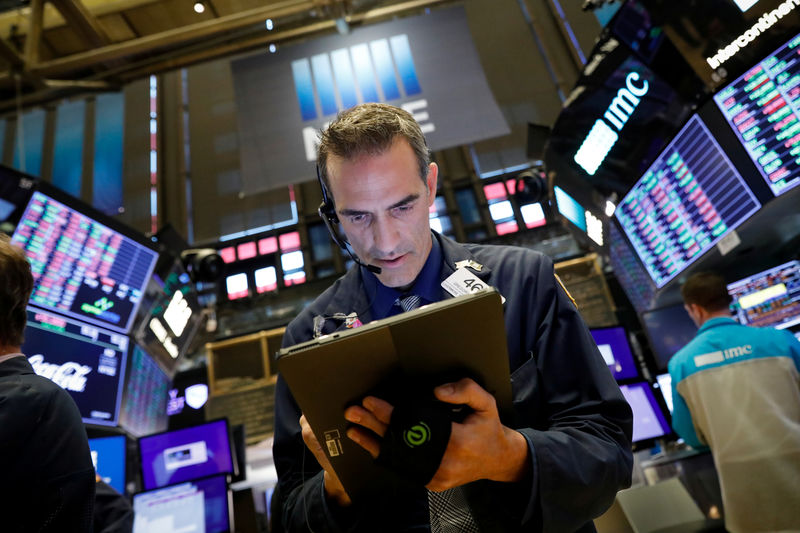 Gold rose after the attack on oil facilities in Saudi Arabia inflamed worries over the stability of the Middle East, boosting demand for assets seen as a haven from risk. Spot gold was up 0.63% at $1,497.8 per ounce.