NEW DELHI (Reuters) - India on Saturday announced a series of measures to revive the housing sector and boost exports as the government tries to kick-start an economy hit by a lending crisis and a slowdown in demand.

A fund worth 100 billion rupees (£1.13 billion) will be available to complete unfinished affordable and middle income housing projects, India's Finance Minister Nirmala Sitharaman said. An equal amount of funding will come from the private sector or from a government insurance company, she added.

"The objective is to focus on construction of unfinished units," Sitharaman told reporters in New Delhi.

The government will make offshore borrowing easier for affordable housing schemes, she said.

This was the third time in two months that India's finance minister announced a raft of fiscal measures to boost demand at a time when economic growth has dropped to a six-year low.

However, some housing industry consultants said the fund, which excludes projects that are deemed non-performing assets or in bankruptcy proceedings, was too narrow in its scope.

"The stressed fund is not going to have a significant effect as not many projects are likely to qualify. I believe that from the roughly 5,000 projects that are stuck at that stage only 200-250 of them will make the cut," said Pankaj Kapoor, chief executive of real estate rating and research firm Liases Foras.

A crisis at one of India's biggest non-bank finance companies in September, at a time when the Indian banking system was jostling with $10 billion (£8 billion) stressed loans, pushed India into a lending crisis, hurting investment and consumer spending.

This was exacerbated by a slowdown in its automobile sector, which pushed India's once-buoyant economic growth rate down to 5% for the three months ended June 2019.

Sitharaman also announced steps to boost the export sector, saying the government will relax lending rules, which could lead to banks providing up to an extra 680 billion rupees of export credit.

The government also plans to bring the time to export, or the turnaround time for shipments to be loaded onto a vessel and depart from airports and ports of India to best international standards by the end of the year.

India's best port in the southern city of Kozhikode takes around 1.10 days for a turnaround as against Boston's 0.55 days and Shanghai's 0.83 days, the Finance Minister said.

India's exports fell by more than 6% in August due to a substantial slump in shipments from sectors including petroleum, engineering, leather and jewellery.

"This is a booster dose and will help us stay afloat," Sharad Kumar Saraf, President, Federation of Indian Export Organisations (FIEO) said. 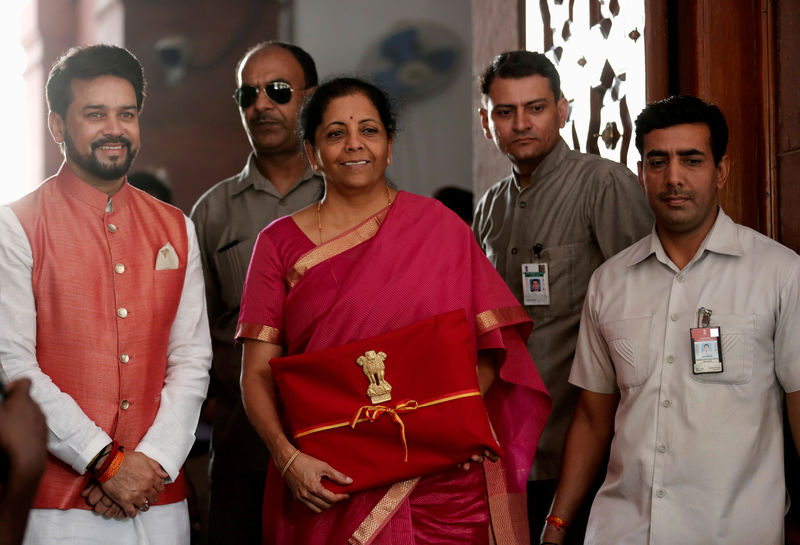