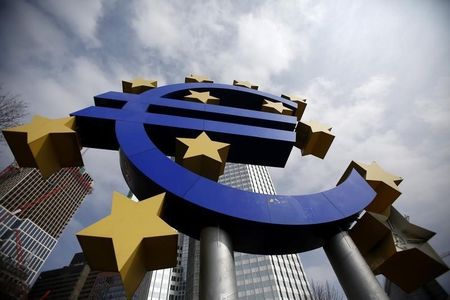 BRUSSELS (Reuters) - The euro zone economy saw its deepest contraction on record in the first three months of the year against the previous quarter, as expected by markets, data showed on Friday, as a result of lockdowns introduced in March to slow the coronavirus pandemic.

The European Union's statistics office Eurostat said in a flash estimate that the gross domestic product of the 19 countries sharing the euro contracted 3.8% quarter-on-quarter for a 3.2% year-on-year fall, as expected by economists.

Eurostat said this was the sharpest quarterly decline since time series started in 1995. Year-on-year, the fall was the sharpest since the third quarter of 2009 when euro zone output shrank 4.5%.

France recorded the deepest quarterly contraction of 5.8%, followed by Slovakia with 5.4% and Spain with 5.2%. Italy's output shrank 4.7% quarter-on-quarter, putting it officially in recession after a 0.1% contraction in the last quarter of 2019.

The euro zone's biggest economy Germany weathered the lockdown better with a 2.2% contraction while Finland was the only euro zone country that still managed to grow 0.1%.

Eurostat said euro zone exports fell 6.2% in March as a result of the pandemic, but imports dropped even more -- 10.1% year-on-year -- boosting the euro zone's external trade surplus to 28.2 billion euros from 22.7 billion a year earlier.

Still, trade between euro zone countries tumbled 12.1% in March compared to a year earlier to 153.3 billion euros as a result of the lockdowns introduced against COVID-19. 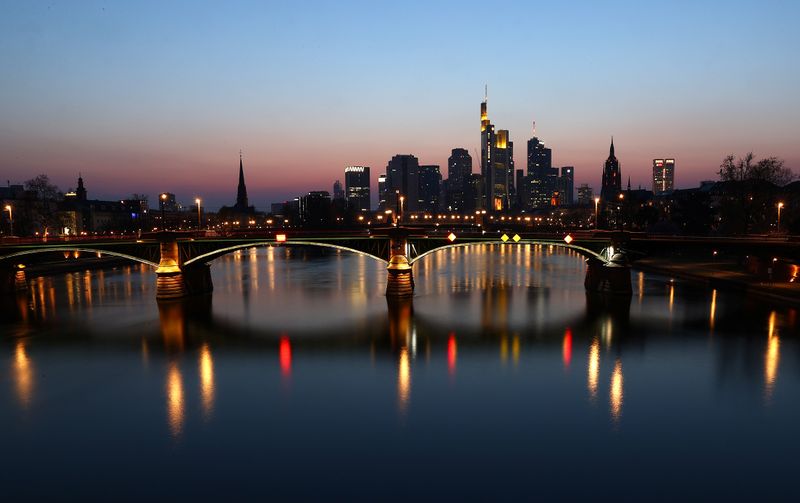 Employment in the euro zone fell 0.2% quarter-on-quarter in the January-March period, the first quarterly decline since Eurostat started the series in the second quarter of 2013, bringing the year-on-year employment growth rate sharply down to 0.3% from1.1% in the previous three months.