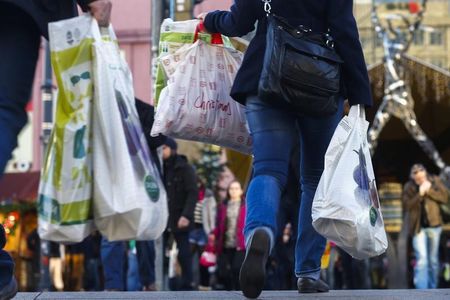 FRANKFURT (Reuters) - The current account surplus of the 19 countries sharing the euro narrowed to 21 billion euros in July from 24 billion euros in the previous month as the trade surplus also slipped, the European Central Bank said on Wednesday.

In the 12 months to July 2018, the surplus increased to 3.5 percent of the bloc's gross domestic product from 3.3 percent in the preceding 12-month period, primarily on a surge in the surplus on services.

The surplus, often criticised by the U.S. administration as excessive, is expected to narrow to 2.8 percent of GDP next year, according to the ECB's projections.