By Gram Slattery and Marta Nogueira

RIO DE JANEIRO (Reuters) - Norway's Equinor ASA (OL:EQNR) and Anglo-French firm Perenco are among at least five oil producers that have registered coronavirus cases among employees or contractors at facilities off the coast of Brazil, according to industry and regulatory sources.

Royal Dutch Shell PLC (L:RDSa) and Brazil's Enauta Participacoes SA (SA:ENAT3) have registered one case each, and hundreds of cases have been recorded at oilfields operated by state-run Petrobras (SA:PETR4).

The infections illustrate the threat the virus poses to workers toiling in cramped quarters miles offshore and have raised questions about the effectiveness of extensive testing efforts to contain the pandemic's spread on platforms.

Alongside industries like mining and meatpacking, oil production has come under intense scrutiny during the pandemic as employees are forced to work, sleep and eat in confined areas.

That is particularly true on offshore oil rigs, service vessels and so-called "floatels," where a single infection can multiply quickly.

In most other nations, outbreaks have been contained to a handful of rigs. U.S. industry group National Ocean Industries Association said it had registered just 99 cases of coronavirus among offshore workers in the United States, according to data shared with Reuters last week.

In Brazil, which last week became the country with the second highest number of coronavirus cases after the United States, that number is significantly higher.

Oil regulator ANP had registered 544 active coronavirus cases as of Thursday among workers who had accessed offshore facilities. That figure does not include workers who have recovered and the total number of infections remains a mystery.

Perenco has registered approximately 40 at its Pargo field, according to the government source and a source with knowledge of the company's operations.

Asked about the issue, Shell and Enauta told Reuters they have each registered one case.

In a statement provided to Reuters, Equinor acknowledged that it had registered cases but did not provide details of how many. Perenco declined to confirm or deny that any employee had been infected by the virus.

All four companies emphasized their commitment to protecting workers.

Petroleo Brasileiro SA (SA:PETR4), as Petrobras is formally known, has registered well over 300 cases among offshore workers, including contractors, the government source said.

The company has acknowledged infections, and said that as of Saturday it had 181 active cases among all of its 46,416 total employees, but that number does not include contractors or employees who have recovered.

The company said it has adopted several safety measures such as large-scale testing, and that the number of cases has stabilized in recent days.

Many oil firms are ramping up universal testing and mandating long quarantine periods among workers before they go on board platforms and sterilizing platforms. Yet that has not been enough to contain all offshore outbreaks.

At times, efforts to contain the virus have led Equinor to suspend some construction operations, they said.

The company told Reuters that workers were infected "despite all the preventative and proactive measures" taken.

Shell said that its one employee tested positive for the virus upon disembarking from a vessel hired by the company and was in quarantine. No other workers appeared to have been infected, it said.

Enauta said one of its contractors had contracted the virus and has since recovered.

Petrobras has been unable to provide universal testing for workers and contractors before going on board platforms, upsetting unions.

According to the government source and a fourth source with knowledge of Petrobras operations, testing has rolled out at different paces in different regions of Brazil, partially impeded by difficulties finding labs willing and able to process the results. 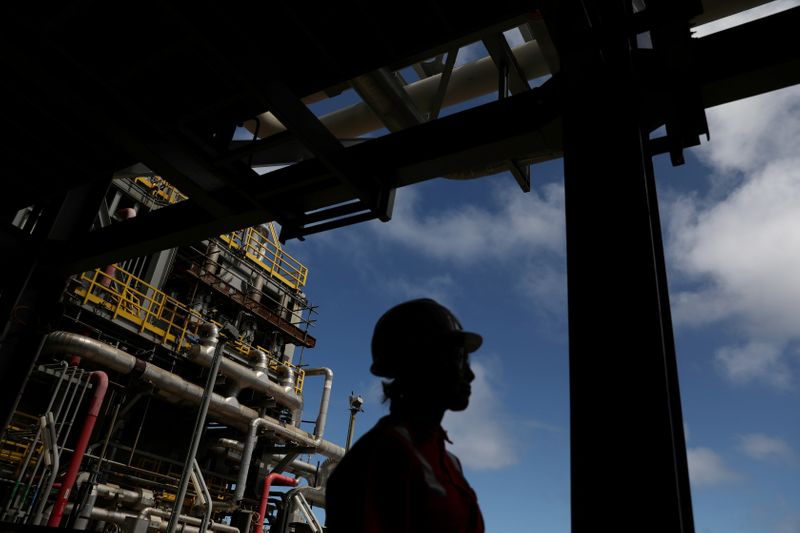 A Petrobras spokeswoman told Reuters the company has been ramping up its testing capacity as market availability allows, and now tests all workers before they embark except in the northeastern state of Rio Grande do Norte.