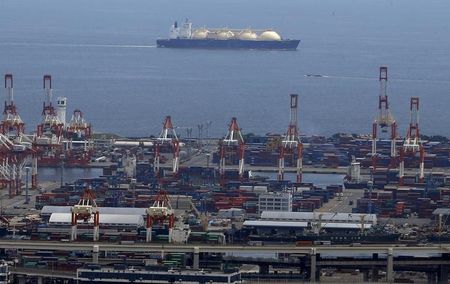 (Bloomberg) -- A buyer of liquefied natural gas has canceled two cargoes from Cheniere Energy (NYSE:LNG), the biggest U.S. exporter, as a global glut pummels prices for the fuel and threatens to shut a key outlet for shale production.

Spanish utility owner Naturgy Energy Group SA (MC:NTGY) has decided not to take delivery of two shipments from Cheniere, according to people with direct knowledge of the matter. The cargoes, one of which was scheduled for April delivery, were rejected by Naturgy’s clients Repsol (MC:REP) and Endesa SA (MC:ELE), who had originally purchased the volumes from Naturgy and will now pay a fee, the people said.

Cancellations of U.S. cargoes were closely watched and highly anticipated amid a grim outlook on global prices. It could be an early sign that global oversupply is poised to hammer the U.S. gas market, which is already straining under the weight of a domestic glut. Prices in Europe and Asia collapsed as storage levels rose during a mild winter, making it tougher for LNG buyers to make a profit reselling U.S. cargoes abroad.

The coronavirus outbreak in China is stifling LNG demand from the world’s fastest-growing importer. While the Asian nation hasn’t directly imported any U.S. cargoes in more than a year amid trade tensions, the virus has contributed to the global price rout.

The virus has wreaked havoc on commodity markets from LNG to copper while disrupting global industrial production, travel and supply chains. As Chinese demand for the fuel declined, PetroChina Co. is said to have delayed discharge of multiple cargoes. Qatar and the world’s biggest LNG trader, Royal Dutch Shell (LON:RDSa) Plc, said they’re working with customers to reschedule or reroute deliveries. While lower prices are opening up demand in places such as India and Turkey, they’re also testing Europe’s ability to absorb extra supply in a weak market.

“We are seeing supply reduction before demand maximization in Northwest Europe,” said Verena Viskovic, an analyst at BloombergNEF. Even with European benchmark Title Transfer Facility prices crashing more than a fifth since the start of the year, those TTF levels still “are not low enough to fully maximize gas-to-lignite switching,” she said.

At current forward prices of U.S. and European gas, the profit margins of delivering U.S. LNG to Europe and to Asia are thin, according to a BloombergNEF note this week. Exporters of U.S. LNG may be forced to keep gas at home during the next seven months despite the potential demand in the German power sector.

At least two Japanese buyers are also considering canceling cargoes from the U.S. that they had expected to load before summer, according to traders with knowledge of the matter, adding that no final decisions have been made.

LNG exports have been a relief valve for U.S. gas producers as output from shale basins soars to record highs. In the Permian Basin of West Texas and New Mexico, where gas is extracted as a byproduct of oil drilling, prices have slid below zero amid pipeline bottlenecks; that means producers are paying others to take their supply.

More gas-fired power plants would have to be built in the U.S. and abroad to ease the current supply glut, said Campbell Faulkner, chief data analyst for commodities broker OTC Global Holdings.

“Prices globally are converging and until there is a boatload of new generation built domestically and abroad, there is just simply not much room in the market” for more gas, he said. LNG, once vaunted as a savior for the U.S. gas market, “looks to be a damp squib,” he said.

Cheniere, while declining to comment on specific commercial arrangements, said the flexibility its contracts provide is appreciated by customers and that the fixed-fee portion of the agreements ensures cash flow to the company even when a delivery is suspended. Naturgy and Repsol declined to comment. Endesa didn’t immediately comment.

Customers of the American exporter have to pay a fixed tolling fee to reserve capacity, whether or not they take the LNG. Contracts give offtakers an option not to lift cargoes but to do so, they need to notify the exporter 45 to 60 days before the delivery date and pay their fee.

“The market seems to be overreacting to the perceived contract risk to established LNG companies like Cheniere, who signed very favorable contracts when the market was short gas in the early 2010s,” Katie Bays, co-founder of Washington-based Sandhill Strategy LLC, said in a message. 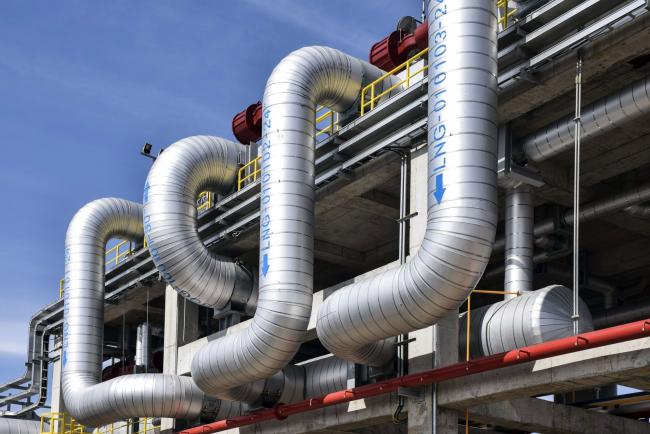