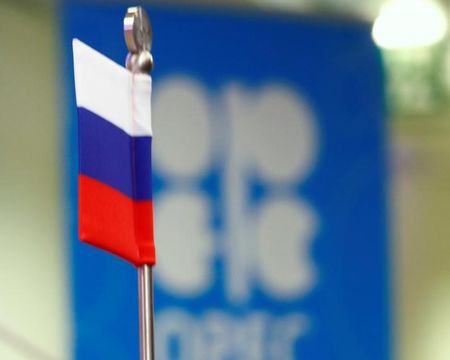 Investing.com - It’s a tale of two commodities, and the divergence couldn’t be more startling.

Oil is in a bull market, up nearly 30% from a low hit four weeks ago, with crude prices looking like they could reach $50 a barrel soon. Back in April, one couldn’t have even imagined something like this happening before the end of the year. Then, U.S. crude was at minus $40 as the coronavirus pandemic induced a kind of gloom that virtually darkened all sorts of travel, be it by road, sea or air.

Gold, in contrast, has lost nearly 15% from its August record high and is now below $1,800 an ounce. For the most ardent fans of the yellow metal, this would have been an unthinkable situation just a few months back, when $3,000 or more was being forecast for gold before the end of 2020 from a confluence of COVID-19-related stimulus spending and dollar weakness.

Oil and gold are both where they are for one reason: A rash of Covid-19 vaccine news over the past three weeks. The reports have cited hitherto-unheard efficacy levels (95%), application of emergency approval from the U.S. Food & Drug Administration and European health authorities, as well as workout of delivery protocols and logistics with DHL, Fedex and United Airlines. This means not only are Americans expected to get their first shots of the vaccines by mid-December, but people in other parts of the world could also start receiving doses soon.

Coronavirus infections, hospitalizations and deaths might still be exploding in the United States and there could still be various snafus in the delivery and safety of the vaccines.

But markets, as always, buy the rumor and sell the fact.

So, oil is being bought on the promise that the pandemic will be curbed over time, meaning a return to a life as we once knew it, that could result in  more mobility and travel than now and, thus, more demand for oil.

Gold is being sold on the expectation that the recovering global economy will continue to ratchet up appetite for risk assets like stocks and oil, reducing the need for safe-havens.

“It's been some month for oil, with three vaccines and various assurances from OPEC+ triggering a 35% rebound just as prices were getting into dangerous territory,” Craig Erlam, senior market analyst for OANDA in Europe, said in a note toward the end of the U.S. Thanksgiving week.

“Gold is hanging on in there but the yellow metal isn't exactly seeing much in the way of a corrective move, despite having fallen more than 8% since the first vaccine announcement. This doesn't bode well for the near-term outlook, with the next support area below falling around $1,750-1,760.”

But oil may entirely be out of the woods yet despite the bull market for it now. There’s a constituency out there that still thinks U.S. shale oil - the one-time threat to OPEC - will make a comeback with the advent of $50 and higher crude.

Shale may be down but it’s certainly not out, Bloomberg said in a Friday report that interestingly showed I wasn’t alone in my thinking.

The U.S. is still an oil superpower, and will remain so for years to come. And there’s always the possibility that higher prices will get explorers drilling and fracking relentlessly like before, the report said.

Since hitting bottom in the summer, the number of rigs searching for crude in shale fields has increased by 69 to 241 this week, according to data from Baker Hughes Co.  That’s still down from 683 in March.

Similarly, the number of fracking crews in the once vibrant Permian Basin straddling Texas and New Mexico has increased to 63, an improvement from a meager 20 in June, data from Primary Vision Inc. show.

A sustained price rise to $50 a barrel will “trigger growth again,” Bernadette Johnson, vice president for strategy and analytics at Enverus, told Bloomberg, adding that at $60, U.S. shale will come back strongly.

Whether investors will be willing to bankroll shale anew is another question. Before Covid-19, the industry was already buckling under high debts and shareholder discontent. Shale producers burned through about $342 billion of cash since 2010, Deloitte LLP said in June.

Another unknown is what titans Exxon Mobil Corp (NYSE:XOM) and Chevron Corp (NYSE:CVX) will choose to do next year. Both slashed capital budgets by around a third this year, with the biggest cuts coming from U.S. shale.

If other pieces of bullish news take prices to levels that would encourage growth in shale, even if temporarily, producers could seize the opportunity to lock in prices with hedging contracts.

That’s a risk OPEC+ will have to consider. For now, the 13-member Saudi-steered Organization of the Petroleum Exporting Countries, with 10 allies led by Russia, is sitting pretty in an unassailable position.

OPEC+ was originally planning to raise output by 2 million barrels per day (bpd) in January - about 2% of global consumption - after record supply cuts this year. Ministers of the alliance are to meet on Monday, after ground-laying talks on Saturday involving their direct reports.

To preserve the market’s momentum, the group is expected to pass on any production hikes, three sources close to OPEC+ told the Wall Street Journal.

As for gold, while lots of money that came out of the yellow metal went into bitcoin and other crypto currencies, a move back wasn’t unexpected, said those watching both spaces.

"At the end of the day, what would you rather have an ounce of gold in your hand or something on the screen?" Walsh Trading co-director Sean Lusk said in a blog posted by precious metals trader Kitco.

Lusk is not ruling out more losses next week before gold begins to recover. "If this market can push down another $60-$70 dollars lower, we could see a move below $1,700 before this is over with," he said.

After that, he projects for gold to begin to climb into 2021, noting that the end of December and beginning of January are seasonally good times for gold.

In the next few weeks leading up to the Christmas holidays, the market's attention will shift to how severe the COVID-19 restrictions will be, whether there will be any more stimulus this year, and what more can the Federal Reserve do to help, according to analysts.

“You can look for continued dips to get bought. Seasonally, as we get into November through mid-December, we see a seasonal weakness. The market was overdue here. I am looking for support levels to hold and then buy into 2021,” Lusk said.

"We'll go from Mnuchin to Yellen, which is right out of Bernanke school of quantitative easing and money printing,” he said, referring to the change of guard at the U.S. Treasury as Trump appointee Steven Mnuchin makes way for President-Elect Joe Biden’s nominee, former Federal Reserve Chair Janet Yellen.

Crude prices posted a fourth straight week of gains, returning oil to a bull market ahead of an OPEC+ meeting where the industry’s most powerful were likely to agree not to raise production at this point to preserve the momentum.

“It remains a perfect storm of buying from CTAs while the  rest  of  the market either  is not  long enough or short and covering,” said Scott Shelton, energy futures broker at ICAP (LON:NXGN) in Durham, North Carolina.

“The move we have seen in  the market in terms of structure is a real ‘head scratcher’,” adds Shelton. “The idea of exploding Covid cases and a vaccine that  will have a larger  effect  in  six months than now only encourages us to  sell the curve.  What most of  us cannot explain is  the strength.”

For the week, the benchmark U.S. gold futures contract lost 4.8% — almost matching the dive from two months ago when outgoing U.S. president, Donald Trump, announced he wasn’t interested in pursuing a second fiscal stimulus package for the Covid-19. It was the first U.S. stimulus of around $3 trillion or more, issued in March, that helped gold futures hit a record high of almost $2,090 in early August.

While Trump has wavered several times on the second stimulus, his loss of the November 3 U.S. election has now made him a lame-duck leader, ushering in hope that President-Elect Joe Biden will be able to get a second fiscal package together when he’s sworn in on Jan. 20. That helped gold bulls to stay somewhat positive despite booking continued losses.

But news of Covid-19 vaccine development efforts over the past three weeks have also dealt a huge blow to those long on the precious metal, as money continued to leave the safe haven for risk-on assets such as stocks and oil. Friday’s settlement in December gold, for instance, was some $300 an ounce below its August record high.

Chartists said the metal could have more to lose, based on its downside trajectory.