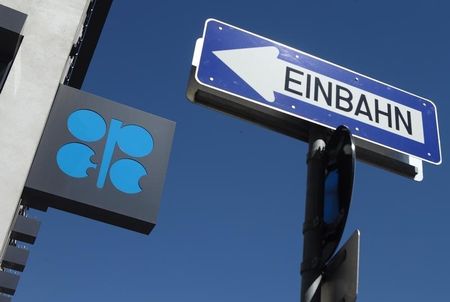 RIYADH (Reuters) - Brazilian President Jair Bolsonaro said on Wednesday that he wants his country to join OPEC, a move that would add the most significant new producer to the oil cartel for years but met with skepticism in Brazil's energy industry.

The comments come ahead of a massive auction of oil rights in Brazil, which is boosting output rapidly. OPEC membership would likely require Brazil to limit oil production, potentially throwing future expansion plans into doubt.

The Organization of the Petroleum Exporting Countries groups top exporter Saudi Arabia and 13 other countries. Since 2017, OPEC has had a deal with several non-member producers, excluding Brazil, to limit supply in an effort to bolster prices.

"I personally would very much like Brazil to become a member of OPEC," Bolsonaro said at an investment conference in Riyadh, speaking through a translator.

Brazil would be the most significant producer in years to join OPEC, founded in 1960. The country's current output would make it OPEC's third-largest producer, far above that of recent new members such as Congo and Equatorial Guinea.

The Brazilian president said he would have to consult his economy and energy ministers to ensure they could follow through if a decision was made.

He said Brazil had larger oil reserves than some OPEC members and that the country would help stabilise the global market as it becomes one of the top six producers in the world.

OPEC delegates said membership talks with Brazil were ongoing, but it had made no formal request to join the group.

Executives at an oil and gas event in Rio de Janeiro poured cold water on the proposal, including a person at Brazilian state oil firm Petroleo Brasileiro SA (SA:PETR4), or Petrobras, who suggested Bolsonaro had laid little groundwork for the idea.

"Brazil is going to export more and more oil in coming years, so of course (joining OPEC) is a possibility ... but inside Petrobras we never talk about that," said the source, adding: "I think it's something the president said because he was in Saudi Arabia." Press representatives for Petrobras did not immediately respond to a request for official comment.

Oil output has been rising rapidly in Brazil from offshore fields and production surged by 220,000 barrels per day (bpd) in August to a record 3.1 million bpd, according to the International Energy Agency.

That would make Brazil the third-largest OPEC producer after Saudi Arabia and Iraq, pumping the equivalent of more than 10% of current OPEC output.

Brazil is a bigger producer than the several others that have joined OPEC or left it in recent years. Ecuador plans to exit in 2020. Qatar quit this year. Equatorial Guinea joined in 2017 and Congo Republic became a member last year.

Brazilian authorities have approved 14 companies to participate in a huge oil bidding round next week, in which total signing bonuses are expected to set a new record above $25 billion, according to national oil regulator ANP.

The so-called transfer-of-rights auction, scheduled for Nov. 6, has drawn interest from an array of global oil majors. 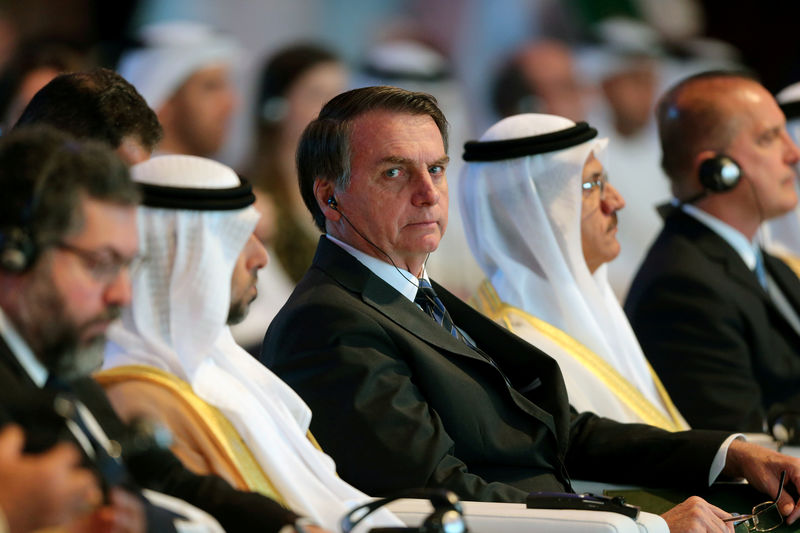 "Joining OPEC means cutting production. To say that on the eve of an auction doesn't make any sense. It's a shot in the foot. He's going to come back and get an earful from (Economy Minister Paulo) Guedes," said a senior oil industry source at an oil and gas event in Rio de Janeiro.