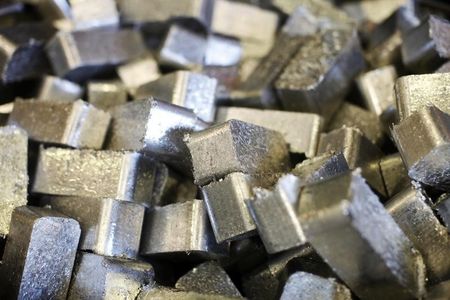 Previously shunned in favour of cheaper steel, aluminium consumption in electric vehicles is expected to accelerate over coming years as COVID-19 hastens the move to a green economic recovery.

Significantly lighter than steel, aluminium is now the metal of choice in a range of parts - from the chassis, structural components such as the shock tower and internal panels to housing for motors and the batteries that power electric cars.

Aluminium producers such as Rusal, Rio Tinto (LON:RIO) and Glencore (LON:GLEN) with access to large amounts of metal are set to benefit.

Not as well known, but also in pole position are firms making the components. They include Mexico's Nemak, Canada's Linamar and France-based Constellium.

Sitting on both sides is Norsk Hydro, which produces aluminium metal and parts for autos.

"The electric vehicle segment is the bright spot in the automotive segment, currently 20% of sales volume is going to e-mobility and the tendency is increasing," said Egil Hogna, head of Extruded Solutions at Norsk Hydro.

Hydro delivers more than 350,000 tonnes of aluminium products to the auto industry every year, with rough estimates showing around 15% of that going to electric vehicles.

It allocated 30% of its auto investment budget within its Extruded Solutions division to products for electric vehicle customers this year and expects annual growth of 20% in some parts of its aluminium product business between 2020 and 2024.

Many of these customers are in Europe and China, which recently announced measures favouring electric vehicles.

Aluminium's popularity is coming at the expense of steel.

Access to the opportunities created by aluminium does, however, come at a cost.

Aluminium prices are typically about three times that of steel. But the industry is prepared to accept the price difference due to the sheer scale of potential sales, an executive involved in the auto supply chain said.

"It's been a long incubation period, but electric vehicles are swinging the pendulum. Aluminium is a higher performing material than steel."

Aluminium weighs about one-third of steel per cubic foot, enabling "lightweighting" of electric vehicles and superior performance in terms of the distance travelled before batteries need to be recharged.

"Aluminium better protects passengers and the structure of the car in a crash situation, the Crash Management System absorbs the energy created," said Paul Warton, president of Constellium's Automotive Structures and Industry Business.

"When you have an impact you don't destroy the car, you just change the bumper."

Constellium cited the example of a contract with a European firm to provide aluminium door sills and crash management systems for electric vehicles, worth 175 million euros (159 million pounds), from the second quarter of next year as an example of the changing trend.

"Aluminium battery housing is what many companies want to capitalise on, it's going to be a big market," Wren said.

One of these companies is Nemak, which started to produce battery housing five years ago and now counts German and North American auto makers among its customers.

"To-date Nemak has been awarded contracts to produce aluminum structural and e-mobility components worth about $830 million (646.12 million pounds)annually – in turn, this segment could represent around 20% of the company's total revenue by 2023, once this business is ramped up," said Nemak's Chief Executive Armando Tamez.

Many of the companies that make aluminium products for autos still focus on ICE (NYSE:ICE) vehicles, but their plant and equipment can easily be reconfigured for electric vehicle components.

"Light weight cast structural components and housings for the electric motor are really interesting growth areas for Linamar as is the battery tray; quite a complex part with very intricate passageways to help cool the battery pack," said Linamar Chief Executive Linda Hasenfratz.

Linamar estimates the global market for aluminum products for the auto industry could total more than $250 billion a year assuming production of 80 million vehicles.

Numbers for how much aluminium metal will be needed overall to feed the electric vehicle industry vary.

Wood Mackenzie's base case estimate for aluminium demand for electric vehicles is for 2.4 million tonnes in 2025, 3.3% of total primary demand and nearly double the number for this year.

"The big game is automotive sheet used for body panels and structures," said Wood Mackenzie analyst Julian Kettle. "The problem with automotive sheet is it mostly uses primary aluminium as every car manufacturer has his own specification." 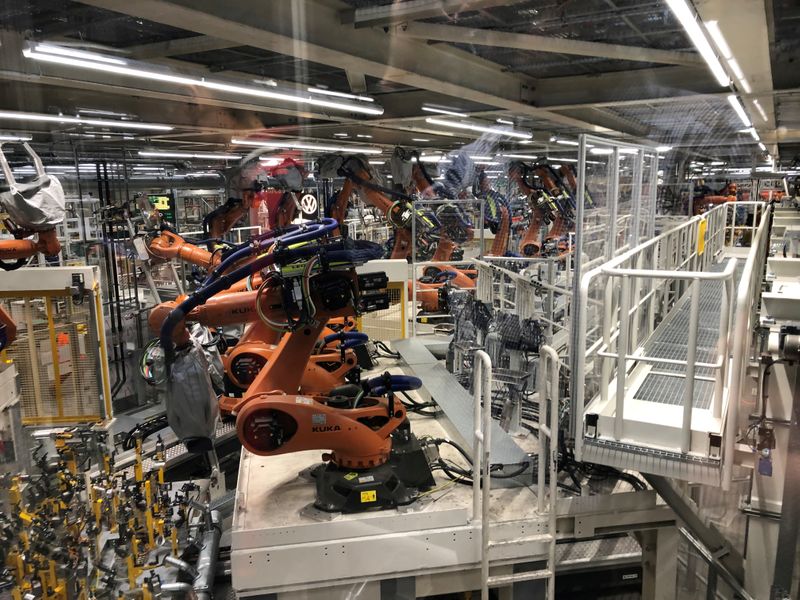