Oil prices rallied gapped higher an astonishing 12% at market open, after around 5% of global oil supply was removed following a drone strike on a Saudi Arabian oil facility over the weekend. 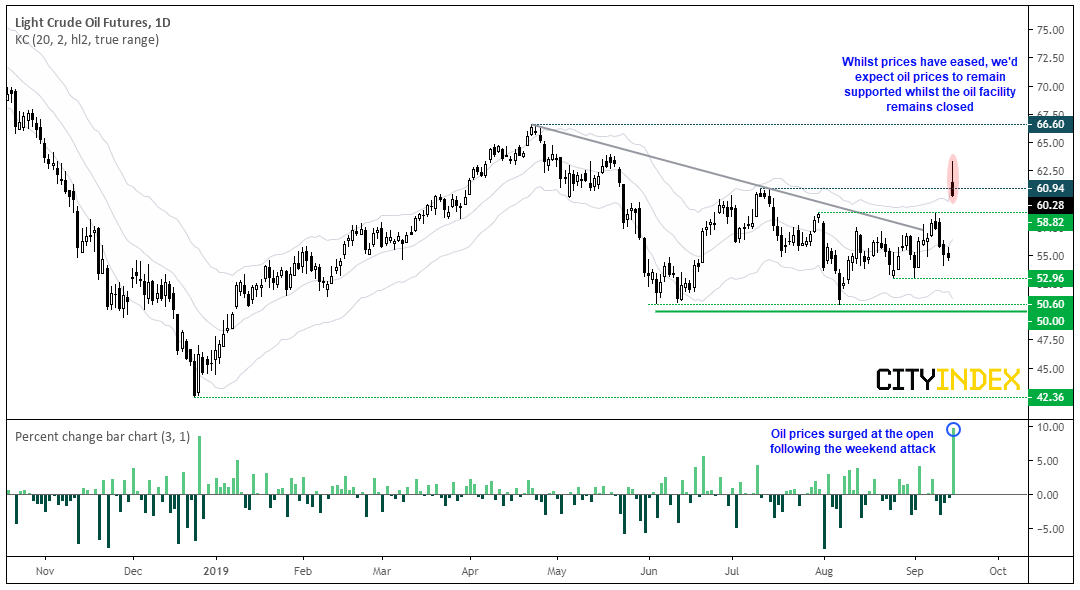 Oil stocks also surged, and safe-haven demand for gold saw the yellow metal trade back above $1500 in early Asia. Houthi, an Iranian-backed rebel group, has claimed responsibility for the attack, which has caused an ‘unknown’ amount of damage according to some reports. With it being too soon to estimate when the facility will be up and running, the supply disruption is likely to support oil prices for the foreseeable future.

Prices had invalidated a bearish trendline last week before today’s gap higher. With an intraday high at 63.34, prices are now retracing and trying to fill the gap (although there’s a still another $4.68 to go) and hovering just above the $60. Whilst it appears feasible to expect the gap to narrow, it also seems likely we’ll see a level of support created whilst markets readjust to the lower oil supply. If $60 breaks, look for 58.82 to support and see if a base can be maintained. 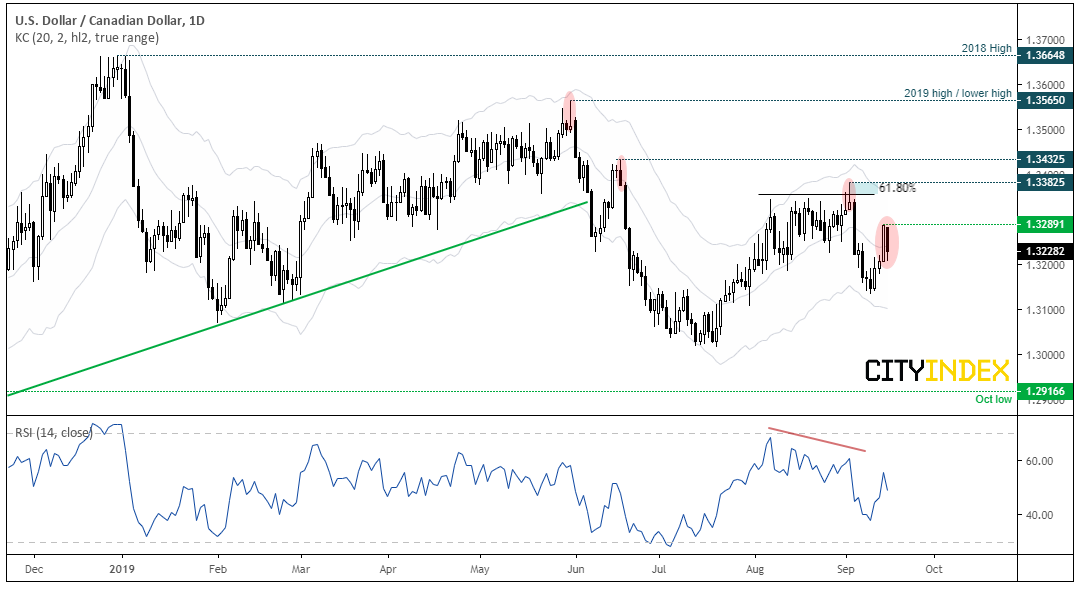 Of course, if we’re to see the oil facility return and operate as per usual, we could see a strong bearish follow-through in oil prices. But with investors on edge following the rise of geopolitical tensions, it suggests prices are at least to remain supported, if not lifted to new highs over the coming sessions.

The Canadian dollar strengthened and pared losses, placing USD/CAD under pressure. USD/CAD had rallied to a 7-day high on the back of firmer retail sales and consumer sentiment, but today’s sell-off sees USD/CAD trying to carve out a bearish inside day. If 1.3289 holds as resistance, bears can monitor its potential for a lower high to form. Given the bearish pin bar high on the 3rd September and bearish range expansion the next day, it’s plausible that the current rally is corrective and traders may begin carving out a top. 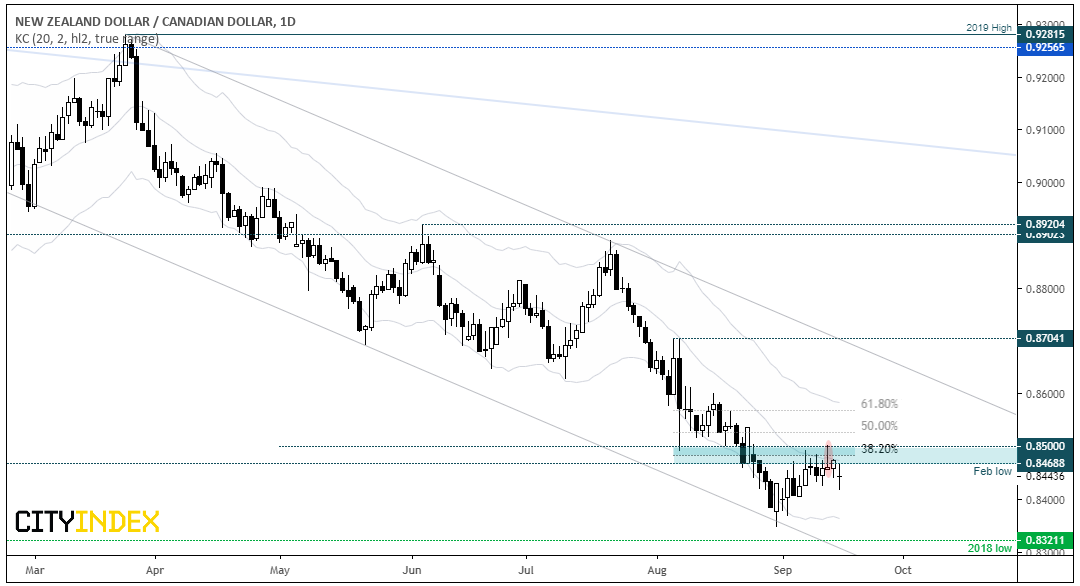 Of course, other factors remain in play other than oil prices which could impact USD/CAD. Most notably, we have the FOMC meeting on Wednesday. Whilst markets have fully priced in a 25 bps cut, there calls for a 50 bps cut which could see USD strengthen if no further cuts are signaled by the Fed. Earlier in the session, Canada also releases inflation data, so we’d expect USD/CAD to be vulnerable to bouts of volatility this week.

NZD/CAD has been under pressure and edged lower from the key resistance one outlined last week. The underlying analysis remains the same; the near-term bias remains bearish whit 0.8500 caps as resistance.