Why Is The Dollar So Strong Ahead Of A Rate Cut?

Why Is The Dollar So Strong Ahead Of A Rate Cut?

Tomorrow’s Federal Reserve monetary policy announcement is the biggest event risk of the week and while the central bank is widely expected to lower interest rates for the second time this year, USD/JPY is trading at its strongest level in more than a month. Typically, interest-rate cuts drive currencies lower, but as we saw with last week’s European Central-Bank meeting when the euro bottomed after aggressive monetary easing, it's rarely that simple. Expectations are one of the main reasons why investors are buying USD/JPY ahead of the central-bank meeting. The market has completely discounted a quarter point cut but Chairman Jay Powell may not commit to much more beyond that.

The US economy has seen improvements and deterioration since the July meeting. Retail sales growth slowed, job growth moderated, manufacturing activity eased and consumer sentiment soured. However inflationary pressures have been steady, wage growth quickened and service-sector activity accelerated. Last week’s economic reports also support a more even tone from the Fed after three rate cuts. Job growth slowed in August according to the nonfarm payrolls report but average hourly earnings growth accelerated. Only 130K jobs were created, down from 159K but earnings grew at a 0.4% pace versus 0.3% in July. This was the strongest pace of wage growth in 6 months. According to the Beige Book, businesses are still optimistic though trade uncertainty nags but their concerns have not stopped them from paying their workers more. So while a rate cut this month is a done deal, Powell’s guidance could help, not hurt the dollar.

In fact, everything we heard from Federal Reserve officials suggests that they are reluctant to ease. In our note last week we highlighted all of the comments from Fed Presidents who cast doubt on the need for easing. This hesitance was reaffirmed by FOMC voter Rosengren who said that “no immediate Fed action is needed if data stays on track.” FOMC voter Williams also feels that the baseline for the economy is continuing strong growth and he won’t pre-judge the outcome of the September meeting. Fed President Kaplan agrees that it is important to continue assessing data ahead of FOMC before judging what type of action to take. This contrasts sharply with a market that believes a 25bp rate cut on September 18 is guaranteed and makes us increasingly worried that the market is misjudging the degree of Fed dovishness. The Fed may cut rates in September but even if they lower interest rates, the accompanying statement could be less dovish.

If Powell laces the rate cut with optimism, the biggest beneficiary should be USD/JPY, which will make a break of 109. EUR/USD could also u-turn for a trip back below 1.10. If we are wrong and Powell is unambiguously dovish, leaving the door open for easing in December, USD/JPY will head for a test of 107 but USD/CAD could be the best currency to sell. In addition to the rate decision, the Fed will also be updating their economic projections, which could move the dollar as well. 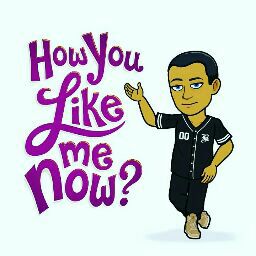