Why Investors Are Nervous Ahead Of FOMC

Why Investors Are Nervous Ahead Of FOMC

There are four central bank monetary policy announcements on the calendar this week but the Federal Reserve’s is hands-down the most important. On Friday we talked at length about what to expect from FOMC and we’ll touch on that again tomorrow, the eve before the Fed meeting. However for now, we’d like to discuss the broad-based rally in the US dollar. The greenback strengthened against all of the major currencies except for the Japanese yen. The decline in USD/JPY is consistent with the sharp decline in treasury yields and sell-off in stocks. Investors are nervous ahead of the Fed meeting for a number of reasons. First the most recent piece of US data – the Empire State manufacturing index was disappointing. Secondly, last night’s Chinese economic reports fell short of expectations and lastly, the attacks on Saudi Arabia oil facilities has investors worried that it could escalate into a US attack on Iran.

The attacks are believed to have come from Iranian soil and shortly after the strikes, President Trump said the US military is “locked and loaded,” waiting to hear from Saudi Arabia “as to who they believe was the cause of this attack and under what terms we would proceed.” Iran dismissed US allegations as “unacceptable” and “baseless” and threatened to retaliate on US bases. Oil prices jumped well over 10% on the back of the attacks, shrugging off Trump’s decision to release oil from the US’ strategic petroleum reserve. While the actual disruption to the oil markets should be limited, the greater fear of armed conflict could keep oil prices and the Canadian dollar elevated. We expect USD/CAD to drop to 1.3150.

The Australian and New Zealand dollars are in focus as significantly weaker industrial production and retail sales numbers puts pressure on China to increase fiscal stimulus. The New Zealand dollar has been hit the hardest, falling for the fourth trading day in a row while softer Chinese data only stemmed the rise in A$. Part of this divergence can be attributed to the Reserve Bank of Australia’s optimism. Tonight, the minutes from the most recent RBA meeting will be released and the overall strength of the Australian dollar reflects their optimism. When they last met in September, the RBA recognized global uncertainty but also said they expect growth to strengthen gradually to around trend. They also noted upward pressure on wage growth and signs of a turnaround in the housing market that should support spending. If the minutes are optimistic, AUD/NZD will extend to fresh 5-month highs. If they give investors any reason to believe that easing is still a possibility this year, A$ will extend its slide quickly, far outpacing the decline in NZ$.

Euro and sterling also fell sharply on Monday. The euro was hit by dovish comments from ECB member Lane who said the convergence of inflation toward their goal has recently slowed and may have partly reversed. The ZEW survey is scheduled for release tomorrow and while investors may be pleased with the massive stimulus packaged expected from the central bank, the German economy is still very weak. Sterling on the other hand continues to be pressured by Brexit risks. Johnson and Juncker agree that more intensive talks are needed but the possibility of a delay to the October 31 Brexit deadline has been put to question by Luxembourg leader Bettel who said he would only delay Brexit if the deadline serves a purpose. The UK and the EU need Luxembourg on board because the decision needs to be unanimous. 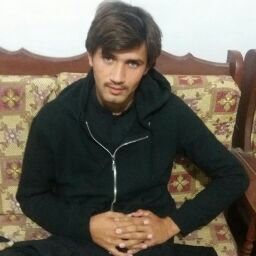