This past week the most popular cryptocurrencies suddenly started moving higher in tandem, seemingly without any fundamental catalysts. 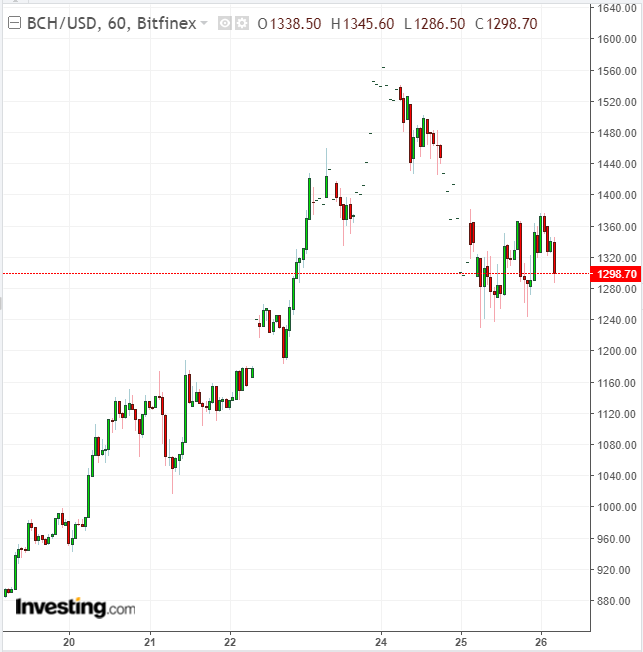 What’s driving this upward momentum across the digital asset class? Is there something specific triggering some of the stronger individual token upticks?

As most cryptocurrency aficionados already know, so far this year the broader alt-currency market has been hit by a number of headwinds including regulatory uncertainty, numerous hacking issues, the US tax season sell-off and simple volatility fatigue from traditional investors.

But recently there's also been good news buoying the asset class: high profile investors such as George Soros and the Rockefeller family have reversed their initial disdain toward cryptocurrencies and are now starting to take positions that include digital assets. Many believe this is a major factor behind the recent boost.

Legacy names such as Soros and Rockefeller are indeed one reason this is happening confirms Gabriele Giancola, co-founder and CEO at blockchain-powered loyalty ecosystem, qiibee. He also points to the adoption of blockchain technology by global banks such as Santander (NYSE:SAN) for their cross-border payments system, a banking industry first. In his view this has fueled investor confidence, leading to an additional $100B being added to the crypto market cap in the past week.

He believes this is the start of a new wave of optimism about the asset class, but cautions that it's still a mercurial marketplace:

“With investors allocating a growing amount of capital to crypto, we could see the crypto market surge even higher. However, as recently as February, the crypto market dipped to a 60-day low, so volatility is still very much present and investors should hold on as I anticipate it will continue to be a bumpy ride.”

Gourish Singla, co-founder of Shivom notes that as additional regulations are put in place in many countries, investors see it as a positive signal. Government scrutiny helps encourage both wealthier private and institutional investors—who may tend to skew more conservative in their strategies—to focus on this riskier asset class as well.

Another catalyst could be crypto investors who fled the market earlier this year as prices started plummeting. Singla identifies some who were already in the market but sold off, though they're now rushing back to pick up the bargains. As he sees it, with technologies and the crypto market maturing, many stakeholders are preparing for a much longer and stronger run ahead.

“I would not be surprised if the crypto market continues to surge ahead over the next months and years, especially utility tokens that have a compelling technological basis and sizeable potential user-base. Of course, volatility will stay, and remain an issue, but corrections in the market can also be seen as opportunities to get in and go long.”

Bitcoin investor Jeffrey Van de Leemput, who is also an analyst for Cryptocampus, notes that over the past three months we've seen a massive correction on most, if not all crypto assets. 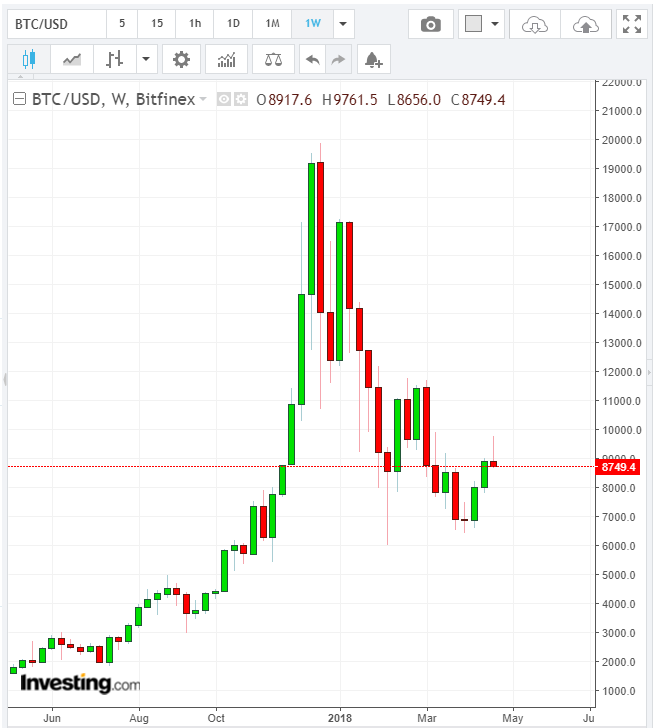 He things that all this new institutional money now venturing into these assets will send Bitcoin, as well as the alt-coins, to a new highs.

“What’s important to notice is that there is now larger capital flowing into the market. Think of hedge funds [and people] of George Soros caliber. The market is being shaped to make it possible for them to [enter] as we have seen with the recent acquisition of Poloniex by Goldman Sachs-backed (NYSE:GS) Circle.”

Rob May, CEO of BotChain points to this past Friday, when Bitcoin reached its highest point since March 2017, helping to pierce the $400B overall crypto market cap. With that barrier broken, he anticipates a swarm of new market entrants who are not trading on fundamentals.

May highlights that crypto-focused apps are surging, driving up their rankings in the Apple (NASDAQ:AAPL) app store, something that hasn't happened since last year.

“With all the uncertainty around the crypto space during the past six months, the fact that it is trending up again is encouraging to many sidelined investors who wondered if crypto had staying power. The longer crypto stays around and continues to do well, the more investors will come into the space. Crossing the $400 billion threshold is proof people are moving back into crypto.”

Max Ward, OpenPort CEO, believes that with more institutional players, including VCs who have successfully raised and closed crypto funds for example, having profited from their crypto-related efforts, are now more convinced of the validity of this asset class, and are thus showing up in the volume of traded cryptocurrencies as well.

“I believe the recent swell in value in so-called “mainstream” cryptocurrencies such as Bitcoin, Ethereum and Ripple is intrinsically linked to the growth in alternative coins - altcoins. Over the past six months we have seen a wide spectrum of tokens emerge, gaining significant traction to the point that they now account for almost 25% of the total market cap. These altcoins are arguably more stable than some of the more established cryptocurrencies in the space.”

So yes, there's definitely something positive afoot. But as always with cryptocurrencies, the rewards may be significant, but so are the risks.