Futures on the S&P 500, Dow and NASDAQ 100 slipped into red territory this morning after a mixed Asian session, following some hawkish Fed rhetoric that offset the bullishness of a U.S.-China trade ceasefire.

Europe's STOXX 600 also dropped after posting some mild gains. From a technical perspective, the pan-European benchmark’s advance was halted at the month’s highs, suggesting a line of supply. The index returned to above the 200 DMA, but only after posting a trough lower than June's low, thereby putting the uptrend into question.

In the earlier Asian session, regional stocks ended mostly higher as investors weighed long-term recession fears against short-term stimulus—as well as a 90-day extension, from the U.S. Commerce Department, on a trade reprieve that allows Huawei to buy equipment from U.S. suppliers.

Conversely, Australia’s S&P/ASX 200 (+1.2%) outperformed, rising for the second day, to back above the 100 DMA. It’s noteworthy that despite the index’s reliance on the Chinese market, the two stood at opposite ends of the performance spectrum. Perhaps, the Aussie dollar’s weakest price in a decade boosted local shares.

Yesterday, U.S. equities climbed for a third day with chipmakers on reports that Huawei restrictions would be postponed for a three-month grace period.

The NASDAQ Composite (+1.35%) benefited the most from the news. 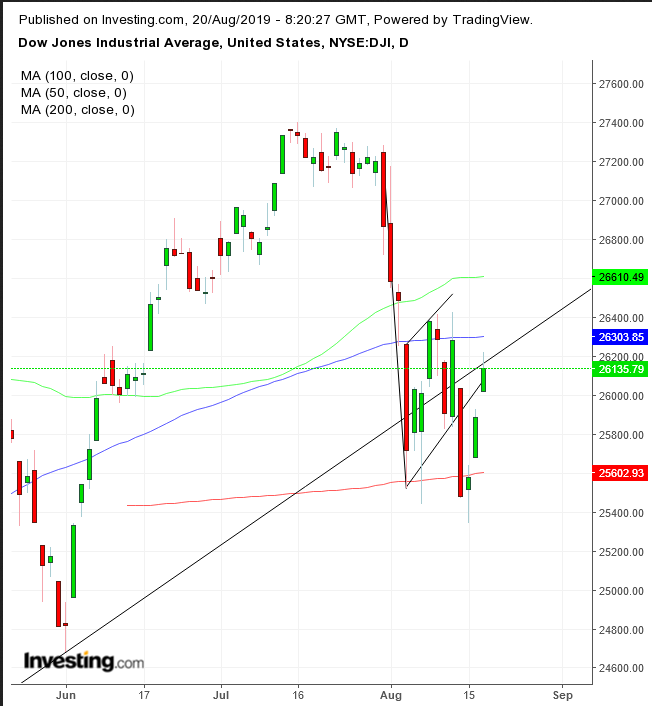 Meanwhile, the Dow Jones Industrial Average (+0.96%) remained below its uptrend line since the December bottom. 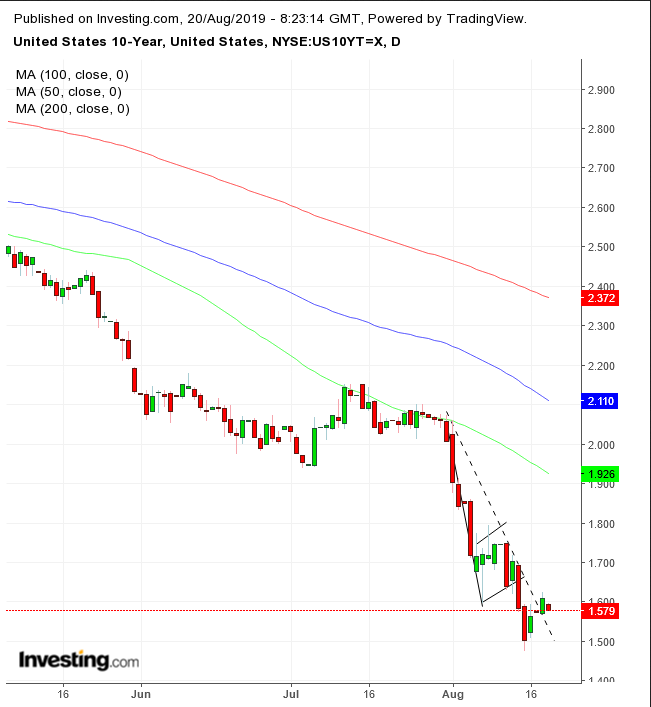 In the bond market, the yield on 10-year Treasurys resumed a slide after paring some of Monday's losses as Fed Bank of Boston President Eric Rosengren pushed back against further rate cuts, arguing he’s not convinced that slowing global growth and trade will significantly dent the economy. Meanwhile, U.S. President Donald Trump urged the central bank to cut rates by “at least 100 basis points.“

Technically, the move is considered a pullback after a bearish flag.

The dollar climbed for the fifth session out of six, within an ascending channel. 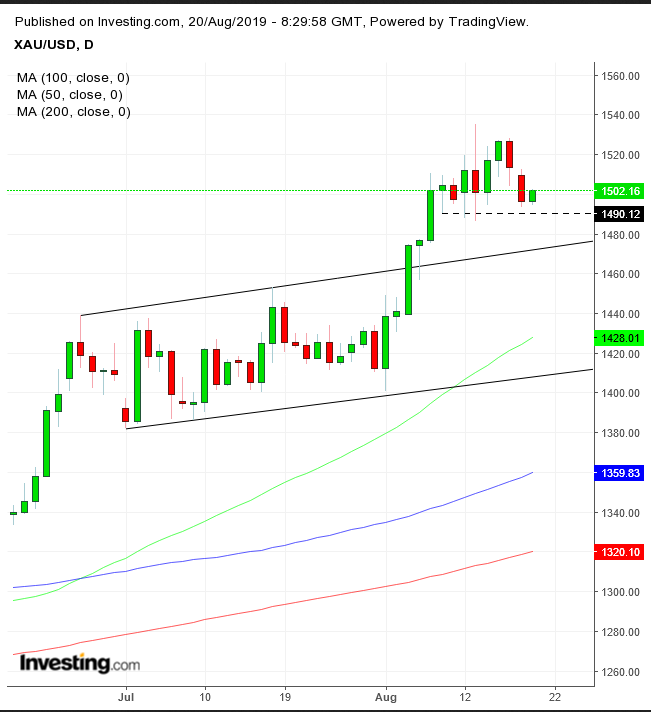 Gold strengthened even against a rising USD due to risk off likely creeping back into markets on one side and technicals on the other, with the price finding support from previous lows as the precious metal nears a channel top—all at the $1,500 psychological level. 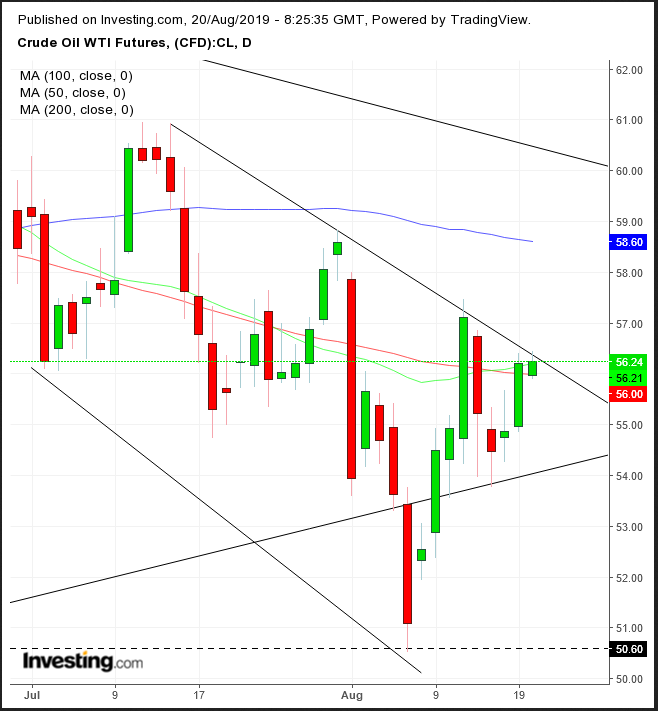 Oil struggled against the top of a falling channel despite renewed Mideast uncertainty.