These 2 Bank Stocks Could Outperform In This Low-Rate Environment

These 2 Bank Stocks Could Outperform In This Low-Rate Environment

Despite the S&P 500’s dramatic turnaround from the March low, not every sector participated in the rally. The U.S. banking stocks are among those that lost ground.

Investors have been shunning financial institution shares this year on concerns one of the worst recessions in U.S. history will crush profitability and result in rising loan losses. Though there has been considerable improvement in the general economic outlook since the pandemic outbreak, banking stocks continue to suffer.

As a measure of just how hard bank stocks have been hit, the KBW NASDAQ Bank Index is down more than 30% this year. Looking to the future, investors need only take the Federal Reserve’s latest policy shift on interest rates into consideration to determine just how long it will take most banks to see their earnings return to pre-pandemic levels.

According to media reports, the Fed has unanimously approved a new strategy that will effectively set aside the practice it has followed for more than three decades, to pre-emptively lift interest rates to head off higher inflation.

In the most ambitious revamp of the Fed policy-setting framework since it was first approved in 2012, the new direction will likely keep interest rates low for years to come as the central bank lets inflation sometimes run faster than it had traditionally allowed.

An economic environment that supports low interest rates over a long period of time isn’t conducive for bank profits, which rely on capturing the spread between what they earn on loans and what they pay on deposits, referred to as net interest income (NII).

That argument particularly holds for the lenders that don't have diversified business operations, such as trading and M&A. Among the top U.S. banks, Wells Fargo (NYSE:WFC) is in a weak position to stage a recovery.

Hurt by these pressures, the third-largest U.S. bank posted the first quarterly loss since the 2008 financial crisis in July. During the period, its second-quarter NII was $9.9 billion, compared with $12.1 billion a year ago.

With the Fed now firmly on the path to hold rates lower, there’s little hope that this situation will improve any time soon as Wells Fargo doesn’t have Wall Street trading operations that can offset weakness elsewhere.

2 Banks Positioned To Stand Out

While macroeconomic conditions continue to remain unfavorable for banks, there are still few players that can survive this downturn better than their peers. JPMorgan Chase (NYSE:JPM) and the Bank of America (NYSE:BAC) are among them, due to their balance-sheet strength and the quality of their operations. 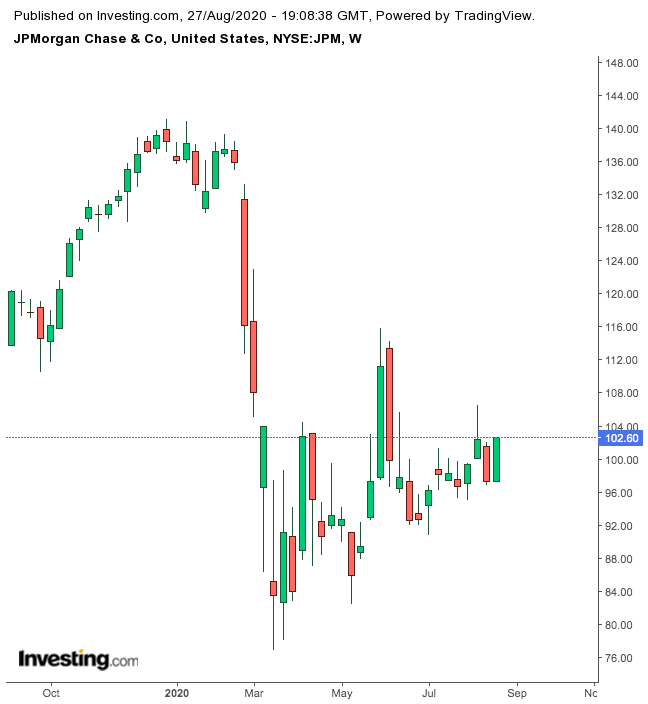 For example, JPM saw its revenue from the markets unit surge 79% from a year ago, while investment banking fees jumped 91% in Q2. 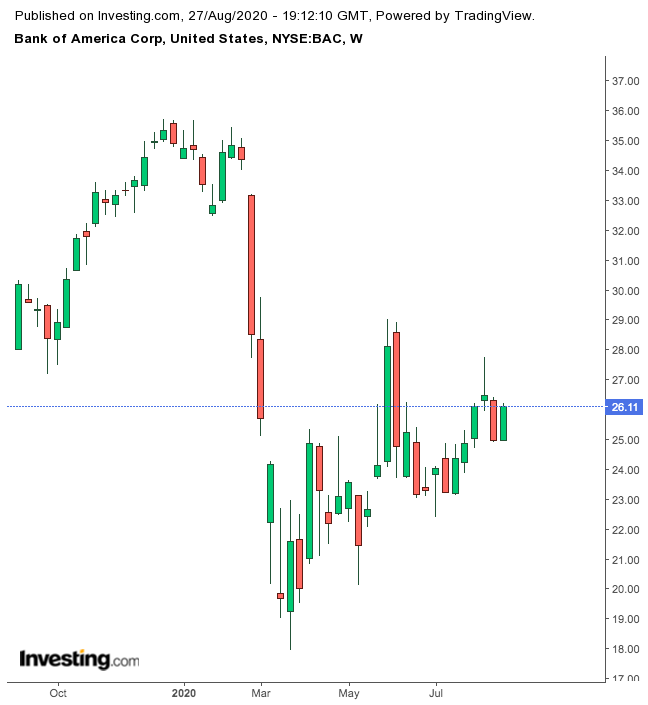 A prolonged low interest-rate environment is generally negative for banking stocks as it will continue to squeeze the spread on their lending products. That said, some lenders are in a better position to perform due to their diversified operations and strong balance sheets. JPM and BAC are two such stocks.