Greece’s 10-year bond yield has dropped below 1% for the first time on record. Less than eight years ago, Greek bond yields spiked to as much as 45%, as the country very nearly perished in the throes of a dramatic debt crisis that almost forced it out of the Eurozone. Massive injections from the IMF and bloc prevented this from happening. Part of this rescue package involves the deferral of debt repayments, the last of which isn’t due until August 2059. This explains why rather than being a miracle, Greece’s below-1% bond yield is purely a result of this highly lenient schedule, while the ECB continues buying Eurozone bonds, pushing down yields.

As a consequence, Greek bonds are up a whopping 1100% from their low in 2012. Unfortunately, the Greek people, who are still bearing the brunt of the crisis, have seldom enjoyed the ride… 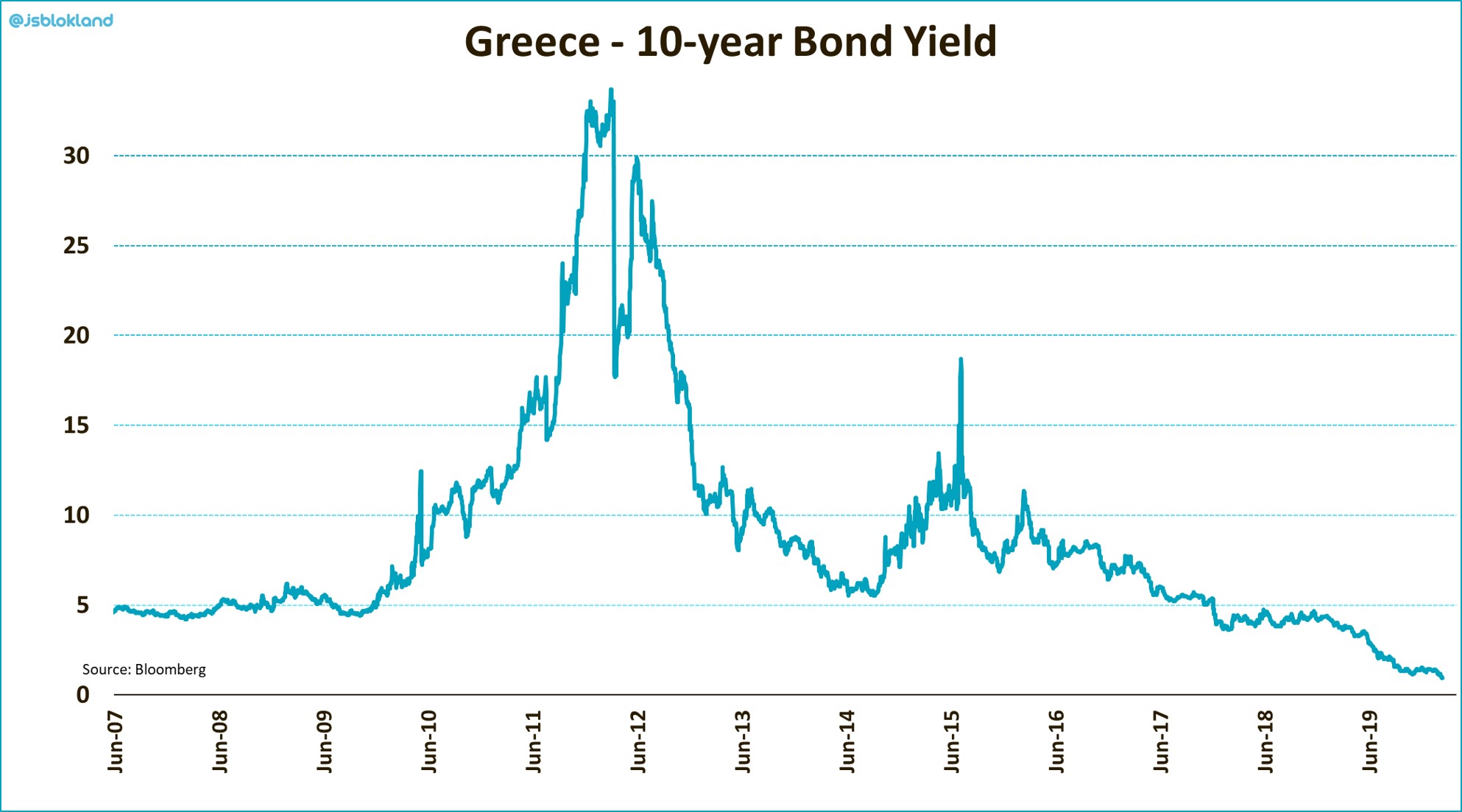