Italy's 10-Year bond yield has dropped more than two percentage points in less than nine months. In October of last year, the Italian bond yield reached 3.69%; now it’s down to 1.54%. This has little to do with Italy itself, unfortunately.

GDP growth is still low (it was marginally negative in the first quarter), debt is still high with a debt-to-GDP ratio of over 130% and inflation remains stubbornly low at 0.8% (so, no such thing as deflating the debt level). A positive, perhaps, is that Italy and the European Commission have not clashed on the Italian budget this year… yet.

Obviously, the huge drop in Italy’s bond yield has everything to do with the high expectations bond investors have for more rate cuts and potential quantitative easing by the ECB. And why not? With inflation low around the globe, central banks are likely to stick to their adagio of more bond buying. 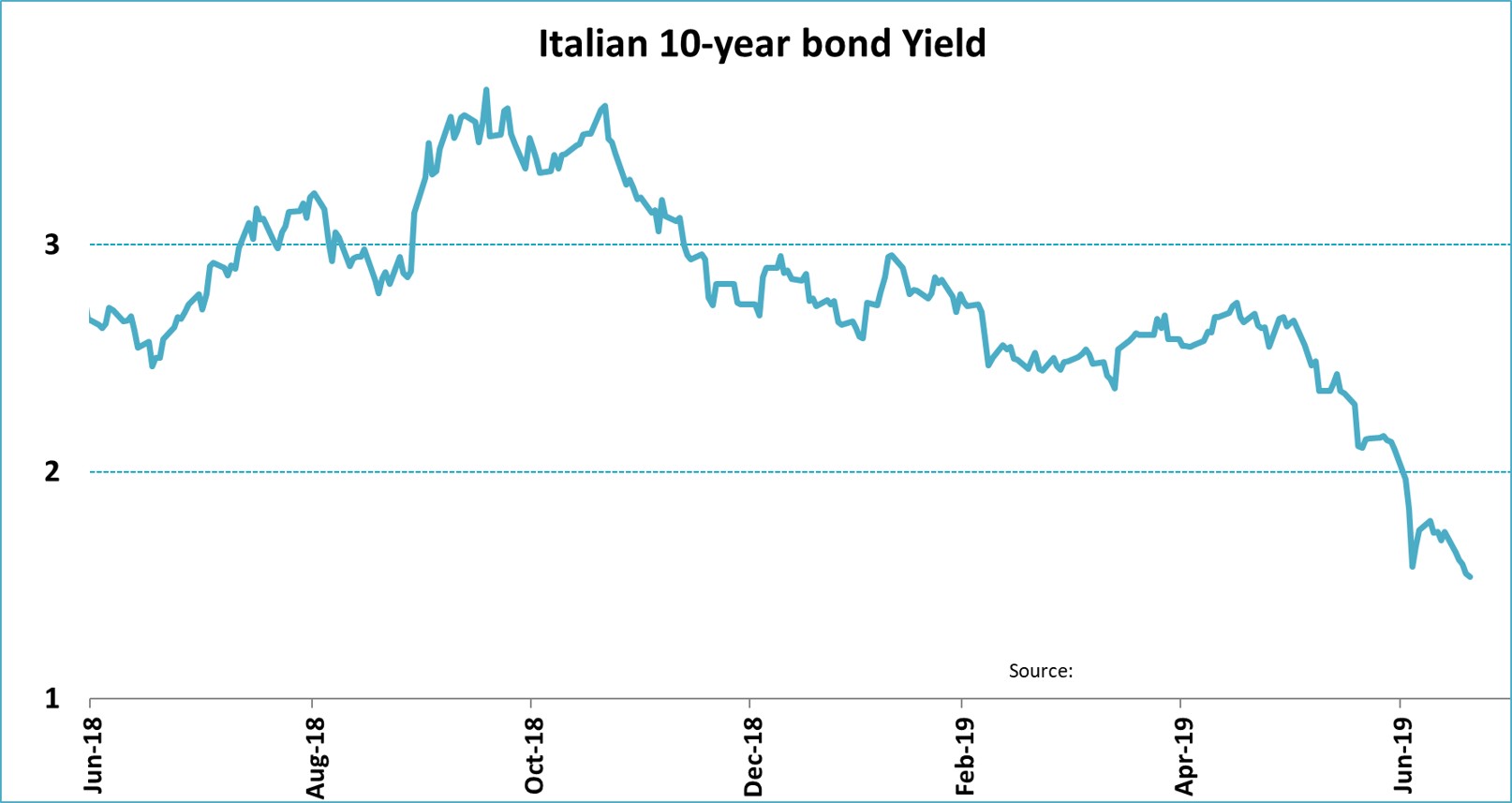